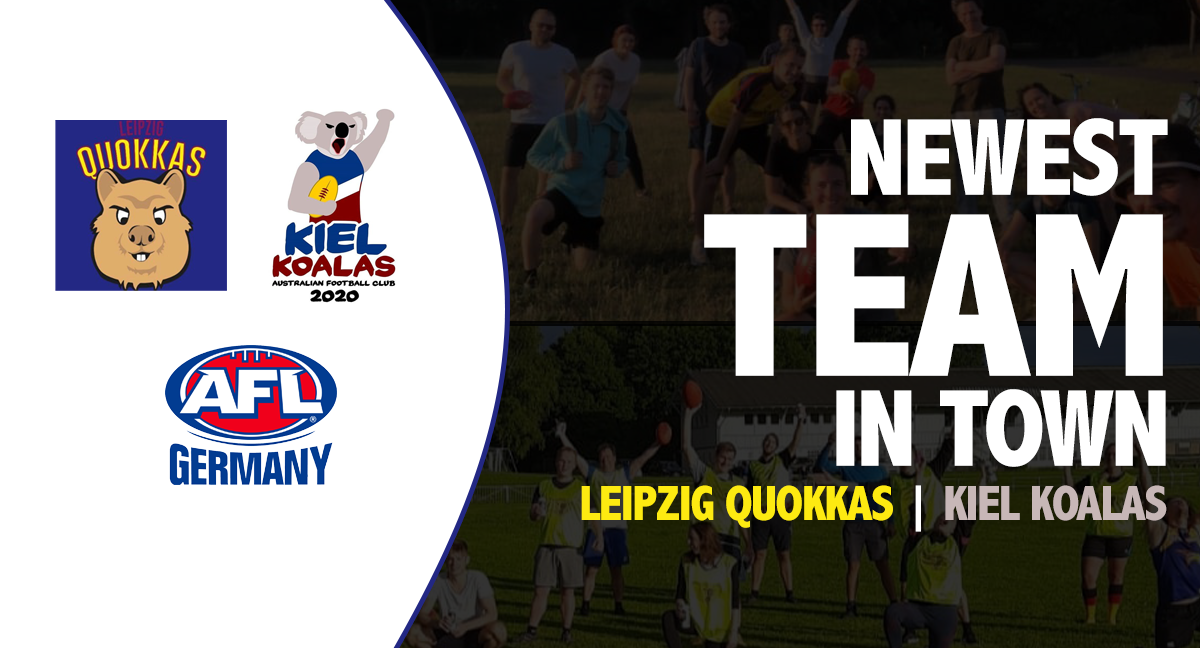 Reporter for AFL Europe, James Brosnan, hears from Emily Flanagan and Stefan Röpstorff about the rise of two new teams in Germany.

As AFL Germany re-emerges from the COVID-19 lockdown, they do so with two new clubs.

Both the Leipzig Quokkas and the Kiel Koalas laid the foundations of their clubs pre-lockdown, re-emerging to establish themselves when training was given the green light in May.

Both the Quokkas and the Koalas are confident of getting sides together for friendly matches this season and are hopeful of having competition-ready teams for the 2021 season.

In the country’s east, about 200km south of Berlin, the Leipzig Quokkas had three small sessions prior to the pandemic. 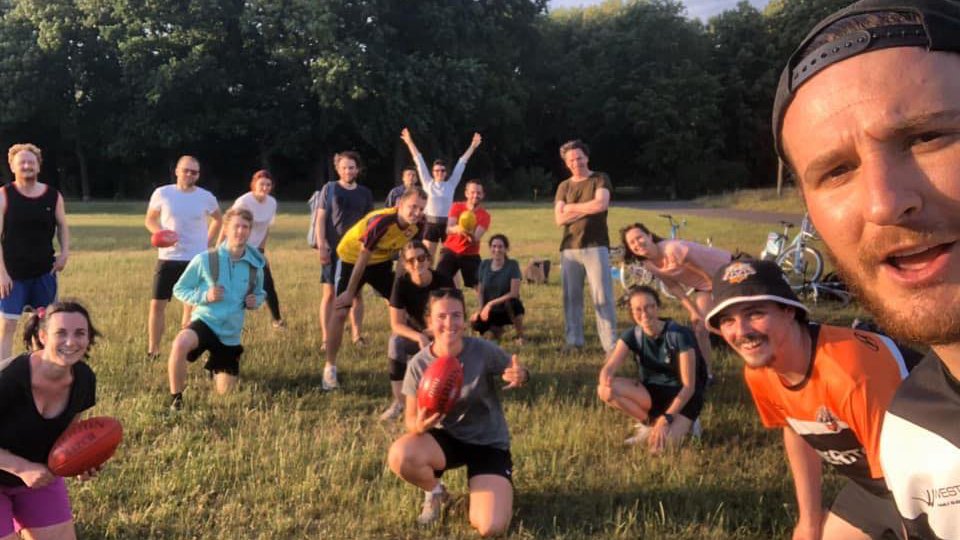 Emily Flanagan from the Quokkas has been encouraged by the start the club has made.

“There was a WhatsApp group with people who used to train around Leipzig so I jumped on that and decided that I would start recruiting,” Flanagan said.

“We have had quite a few people down and a nice little community going here so it’s really cool.

“We have been training for about a month and a half now again down at the local park. The most we have had is 18 players and I was really proud of that.

“With the summer I think it’s hard with people coming and going on holidays so we will start to get into recruiting again when schools goes back.”

The Quokkas will look to establish both men’s and women’s teams from the outset.

“Germans are really interested in it – maybe because it is such a unique sport,” Flanagan said.

“90 per cent of our players have never seen (Australian) football before so it really is just basic skill development at the moment, but there has been such an improvement already and I have been super impressed with their commitment.

Hailing from Perth, Flanagan had never played Australian football. However, prior to moving to Germany she lived in Scotland where she played her first year of footy with the Edinburgh Bloods.

Like Flanagan, Stefan Röpstorff learnt the game in the UK playing a season for the West London Wildcats before relocating back to his homeland.

“About a year ago we moved back to Germany and thought I need to start a club around here, I thought it would be some fun,” Röpstorff said.

Based near the Danish border in the north of the country, Röpstorff started making a website and information flyers for the Kiel Koalas back in January. 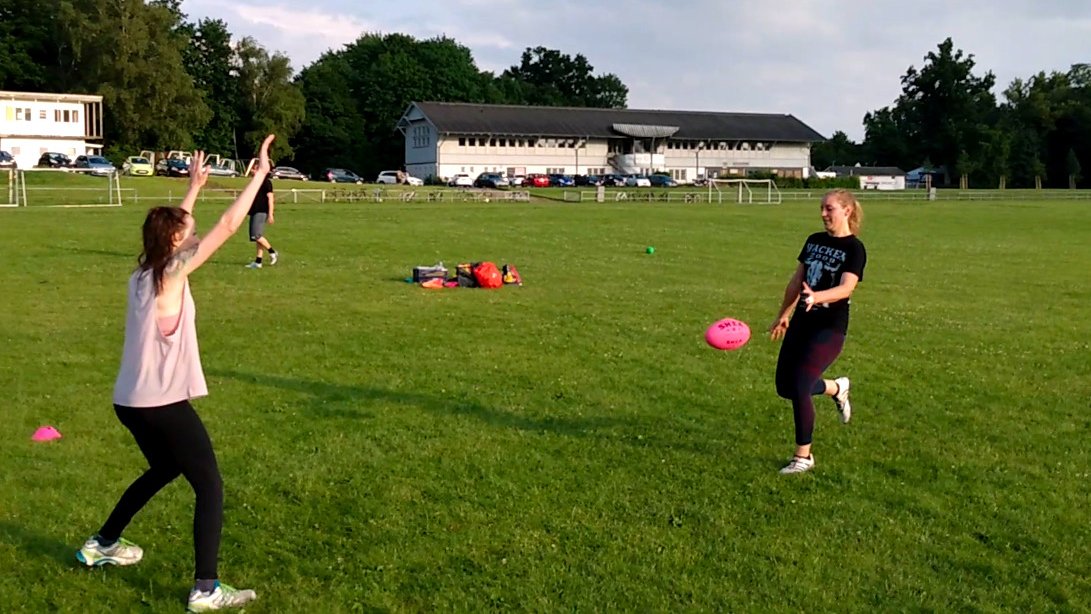 “I asked around for some people and I got a few people interested but then the forced break came about and actually I think it may have helped spread the word a little bit more,” Röpstorff said.

“When we actually started and got to do the first training session I think everyone was very keen to get out and do something again, that probably helped raise motivation.

“It’s gone much better than I had hoped.

“It’s making an impact as it seems. I’m really happy with how people are picking up on it and everyone is enjoying it more than I expected actually.”

The Koalas are in talks to try and get a game against the Hamburg Dockers (located approximately 100km south of Kiel) later this season and potentially soon after head north into Denmark for another match.

“It would be great to play a game at some point. Most of us around here have never played the game before or even knew about it.” Röpstorff said.

“I’m always stressing to new players that this is new for everyone so they don’t think they are joining in with a bunch of professionals and won’t get a touch of the footy. It’s something everyone can try.”

The Koalas are encouraging both men and women to come along and be part of the club, with training now twice a week on Monday and Wednesday.

To help build the club and knowledge of the game, the Koalas held a raffle in which each player drew out an AFL club.

“First of all, if they become premiers the player wins some beer.  But we also got them to inform themselves about the club, tell us a little bit about them and why we should support them in an upcoming match,” Röpstorff said.

“That’s been really engaging for everyone, and everyone has their favourite club now. We have been watching a few games together; everyone is picking up on it really quickly.”