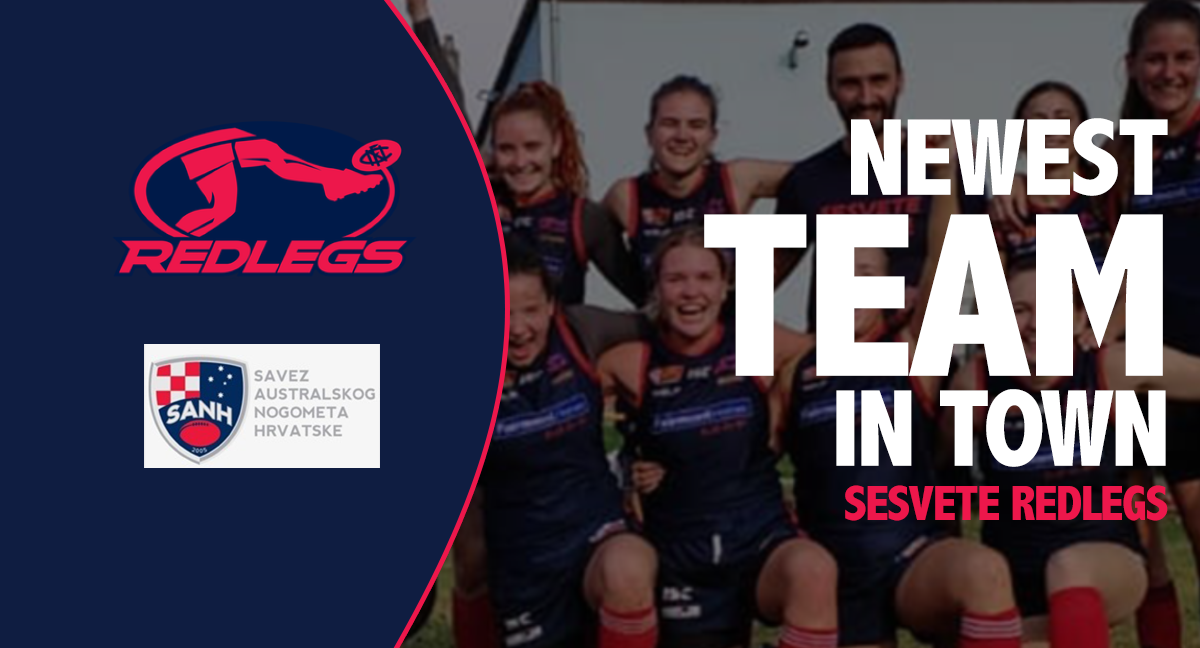 WITH COVID-19 lockdown restrictions easing, teams in Croatia have been able to take the first steps in resuming their 2020 season, including the country’s newest team, the Sesvete Redlegs.

With close links to the Sesvete Double Blues men’s team, the Redlegs women’s team were preparing for their second season prior to the pause due to coronavirus. 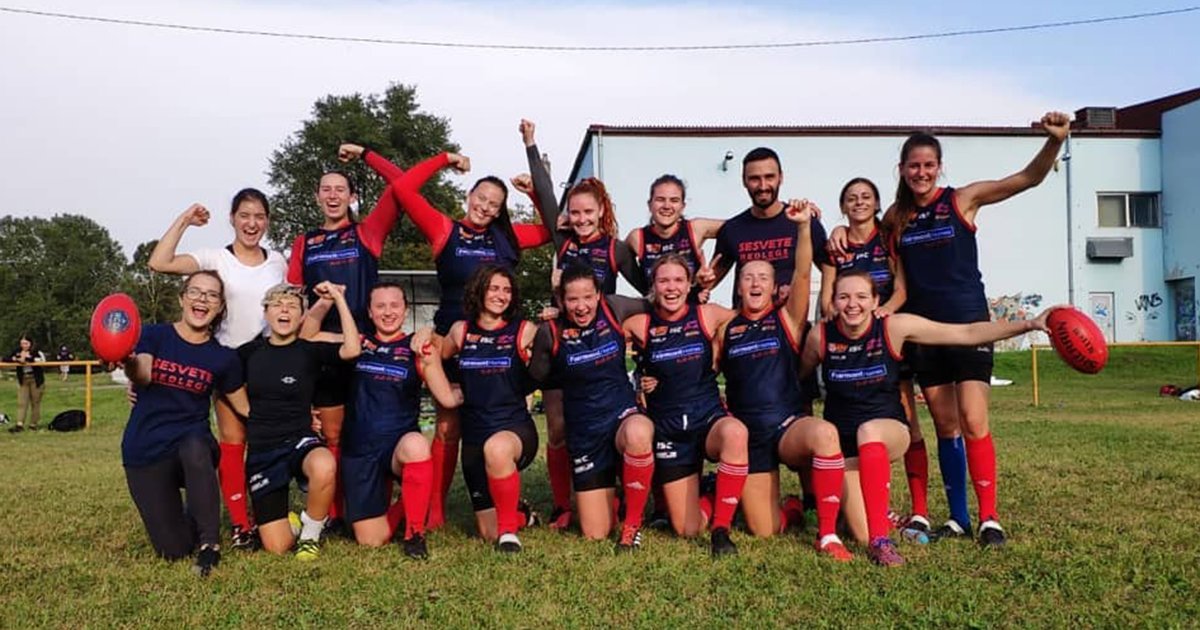 The Redlegs formed in December 2018, joining the Zagreb Panthers as the second women’s team in the Croatian competition.

President of the Redlegs, Dina Bednar, said the club built quickly throughout the 2019 season and are looking forward to the resumption of 2020.

“We started with only seven players which is not enough for European standards to play 9-a-side, so we started to look for new players and by the end of the season we had 25 players which is great,” Dina said.

Dina was among the first group of players working hard to get the club off the ground three years ago. 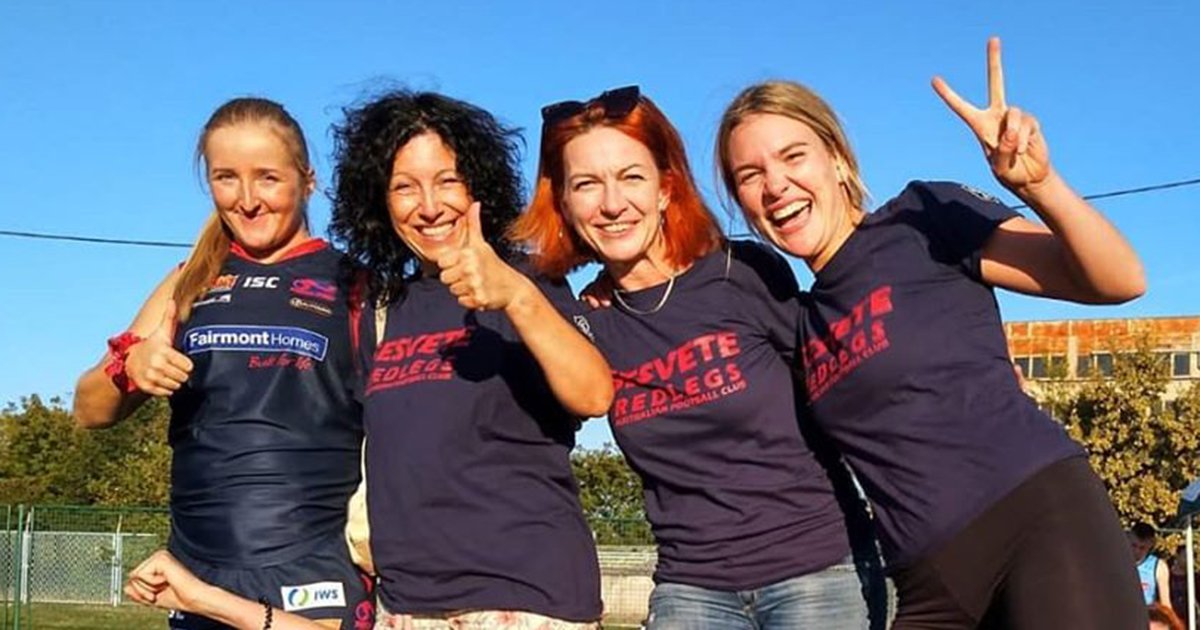 “I wasn’t doing anything at that time and was quite bored because I wasn’t physically active.

“I heard that something was going on online and I found the Facebook page and I came to the first training, that’s how I started and I stayed,” she said.

The Redlegs rapid growth is put down to a simple tactic.

“It was quite successful; we talk about footy all the time.”

Not only was their inaugural season a success in growing numbers, the Redlegs were also able to win all three of the round-robin style tournaments they competed in.

For now, the Redlegs were able to restart training two weeks ago, getting back together twice a week under the guidance of coach Dinko Irsag.

Dinko is well known as a current AFL Europe board member, president of Association of Australian Football Croatia (AAFC) and player for the Double Blues. 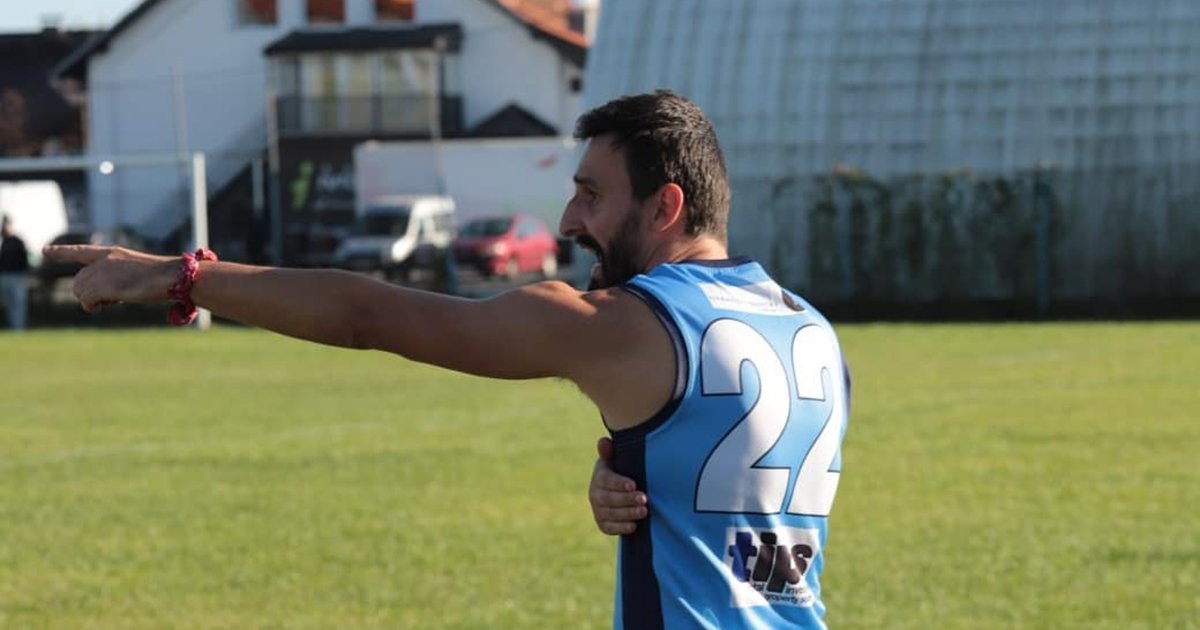 “Good news for us is that quarantine is letting up so we are hoping to start training and get the players back into shape,” Dinko said.

“We are looking to start mid-June with the league… We are hoping to have at least two rounds before summer kicks in.

“At the beginning of July, everything is going to slow down again but the next six weeks are going to be intense.”

The AAFC have had to face some other challenges in getting a season started following the lockdown.

“We can’t plan further than that… most of our players are students and they study in Zagreb so they want to go back home and see the seaside and that sort of stuff.

“We work with what we’ve got and we will see how it goes in the autumn period.”

Besides focussing on getting the season restarted, work will now continue on a significant project for the AAFC, one that will be the envy on many European organisations as they look to complete the build of a full size, 18-a-side Aussie Rules oval at the University of Zagreb.

“That’s the biggest and most important thing we have here in Croatia,” Dinko said.

“We’d like to thank the University for providing the field and we are putting all of our effort, finances and spare time that we can afford into building that pitch and getting it up and running as soon as we possibly can.

“We were hoping to play 18-a-side this autumn, we don’t know what’s going to happen with that but we will have the pitch up and running and it will be something special.

“We can’t wait to play on it, you want to play footy in the original way it’s played and we’re working on it.”

Dinko is excited about the prospect of an upcoming season, with plenty of bragging rights on the line for the three men’s teams, which includes the Sesvete Double Blues, Zagreb Hawks and the Zagreb Cvjetno Dockers. 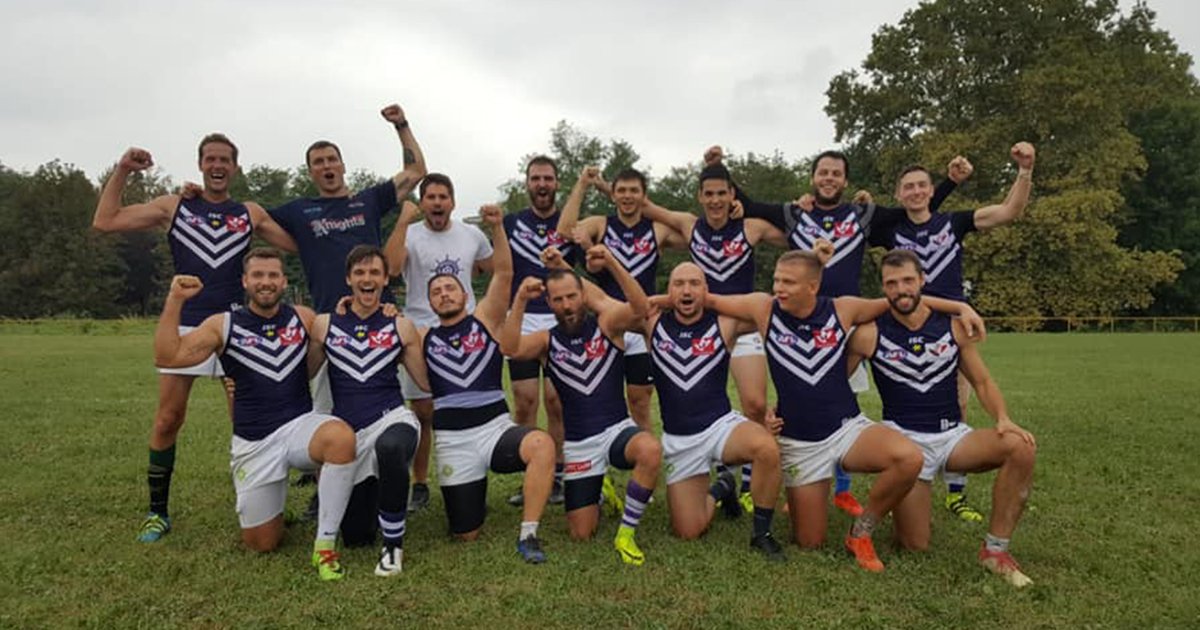 “Currently with those three teams, each has two league championships.

“When we are able to play footy again, the team that wins the league will be up with three wins.

“It’s built up a bit of tension between the clubs. We love to play each other and its good footy and entertaining… it is going to be interesting.

“The female footy is good, we have two stable teams right now and they have upwards of 20 players in each club.

“They are really working on getting it up and running, the skill level is rising pretty quickly for the women.”

To learn more about the Sesvete Redlegs, or to find your Newest Team in Town, check out the Find Your Club page.

My European Heritage | Irishmen on the Gold Coast