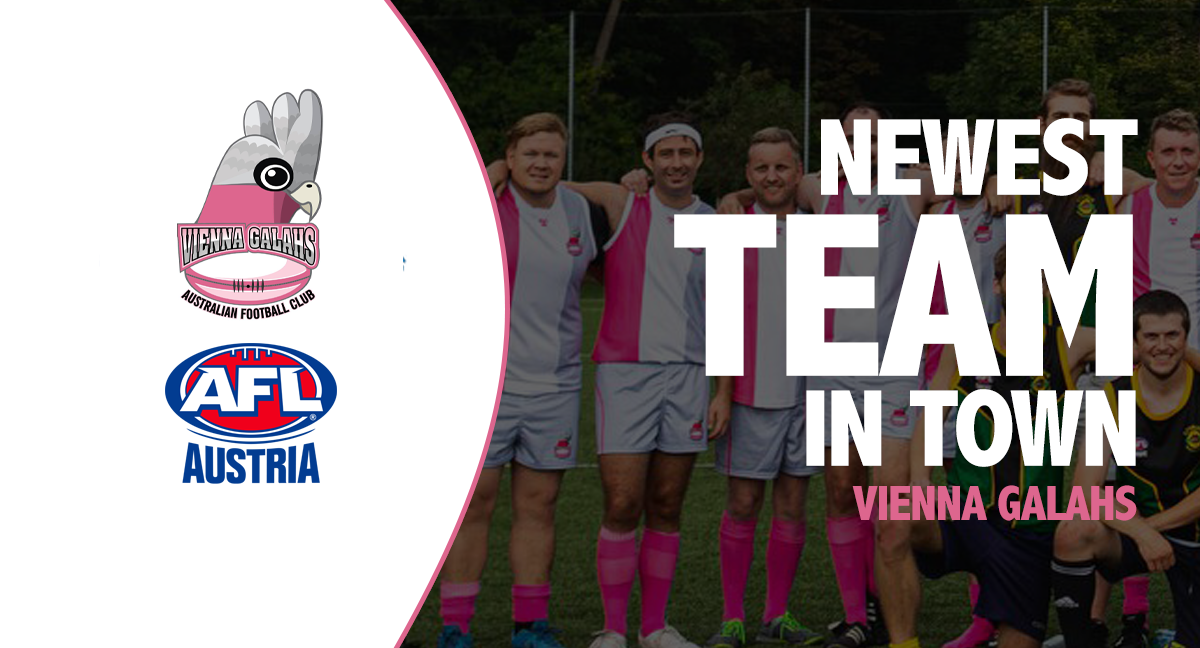 Reporter for AFL Europe, James Brosnan, hears from former president and founder of the Vienna Galahs, Pablo Caldarola, about the club’s recent success both on and off the footy field.

Now in their third season, the Vienna Galahs are still celebrating their maiden victory after an impressive 31-point win recently against the Prague Dragons.

The win on July 24 in Vienna was reward for three years of hard work as the newest addition to the AFL landscape in Austria. 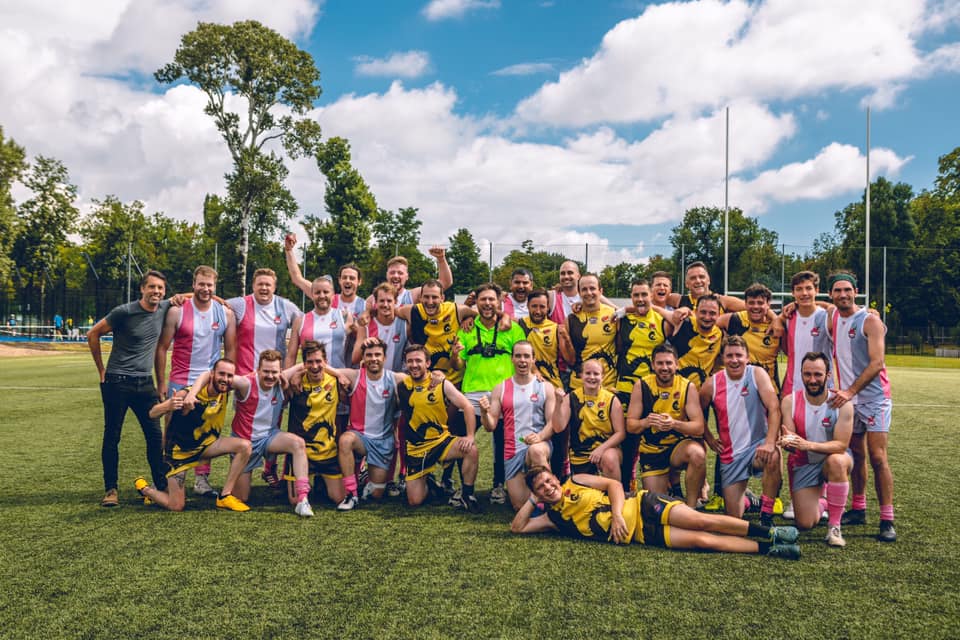 Despite the disruption of COVID-19 and lockdowns across Europe, the Galahs are riding some positive momentum according to former president and founder, Pablo Caldarola.

“It’s a really good feel around our club at the moment,” Caldarola said.

“We have picked up another five players this year, and as soon as coronavirus let up a little bit, everyone was really keen to start up again.

“The club is on a high at the moment. We are having a good time together, enjoying training, the games and our first win.”

The Galahs join the Styrian DownUnderDogs as just the second team in Austria. 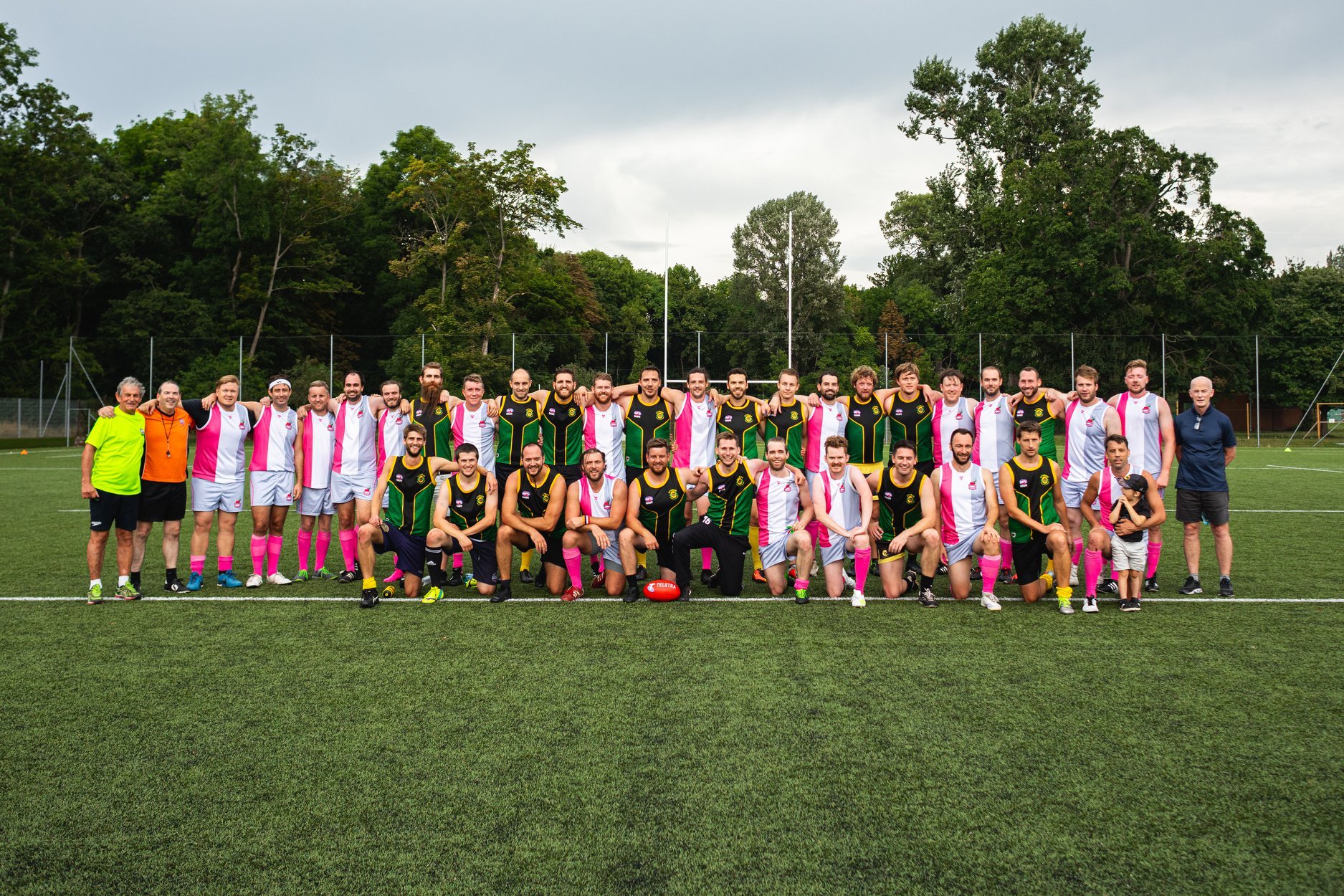 Vienna pictured with the Styrian DownUnderDogs in 2019.

It’s not the first time an Australian Football team has been based in the capital.

The Vienna Dingoes, who Caldarola and fellow-founder and current president of the Galahs Seb Böhm initially played for, folded in 2009.

“In the last season of the Dingoes everyone was a bit old and getting married and moving on. Apart from the odd game Seb and I would try and swing together, we didn’t have a club in Vienna,” Caldarola said.

“Three years ago we touched base again and said let’s do it, and started pushing the new club forward.

This year Kieran Kellet, an Australian who cannot take to their field due to a knee injury, will coach the team for the first time.

Prior to the disrupted season, the Galahs were looking forward to the potential of a new competition along with Prague, Graz and Budapest.

The Galahs have just scheduled two more upcoming games but are always open to more opportunities to take the field.

“At the moment it’s hard to get games, but we have just scheduled two matches against Graz which we are really excited about,” Caldarola said.

“We want to get as many games as possible and keep on growing our numbers.” 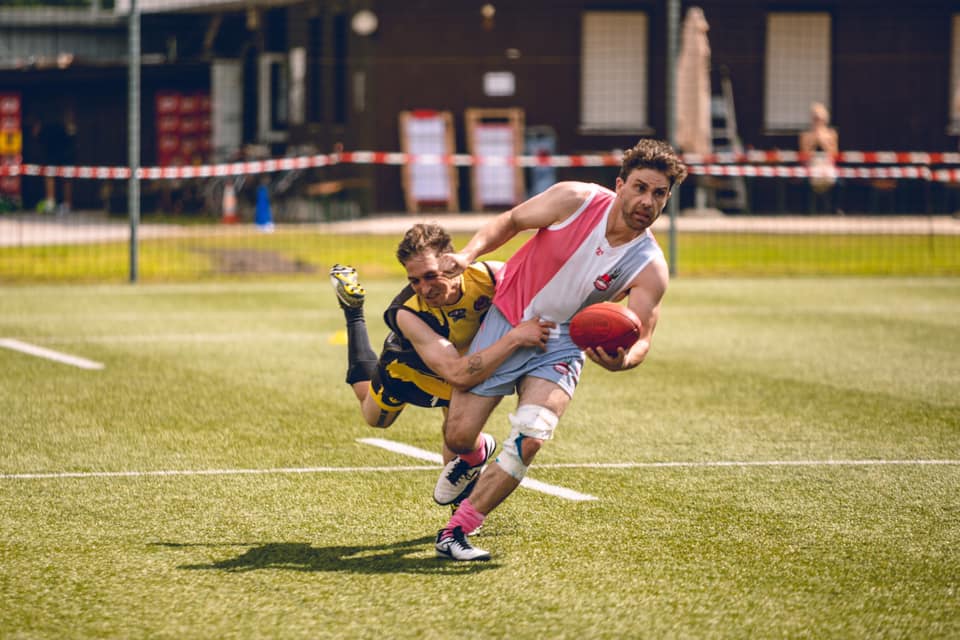 Although the club is based and train in Vienna, the Galahs are looking at alternatives when it comes to match days and received plenty of support from the small village of Gutenstein, 50-minutes south of the city centre.

The move comes as the Galahs look to enhance the whole match day experience for players and supporters.

“Playing outside of Vienna opens up opportunities that aren’t available in the big cities, so we can have the type of game day that we want to have with barbeques and things like that,” Caldarola said.

“Gutenstein is allowing us to camp in the town and to use the swimming pool and facilities all for free and the best thing is they have a large open soccer field that is unmarked.

“And if they let us put goal posts there we basically have a three quarter oval in Austria for us to use. 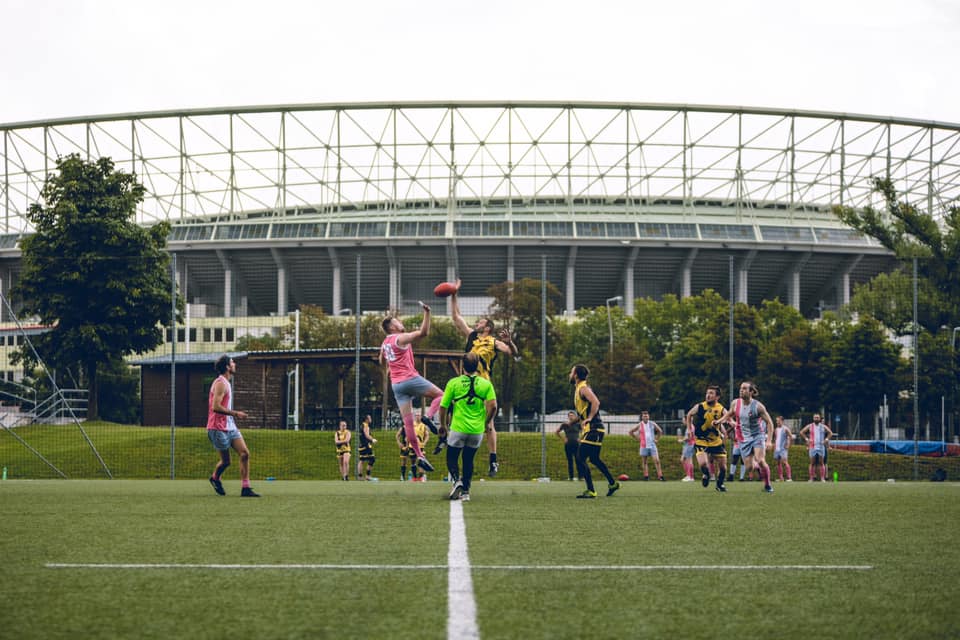 “They are really happy to have us, they are excited and promoting our events, and businesses in the town have donated things to the club already.”

Along with social events, social media and other traditional recruiting methods, the Galahs have also founded a volleyball team under the club name and colours in an attempt to broaden their appeal.

The pink, grey and white inspired by the native Australian bird is certainly catching the attention of people around the world for its distinctiveness.

Check this out! 🏉🏟👊The Vienna Galahs just got a massive shout out from none other than Daniel “Sauce“ Merret! And to boot he lays some good old fashion footy wisdom on us!#eurofooty #afl #ripthroughit #viennagalahs#brisbanelions

“We wanted to stay away from the traditional ‘Lions, Magpies, Tigers, Bears’ and names like that – we wanted something more our own flavour and it was a bit of a wink to the first team to play footy internationally in 1967.

“We wanted something non-aggressive, more inviting and a little bit jovial.”

To learn more the Vienna Galahs, find them on Facebook.