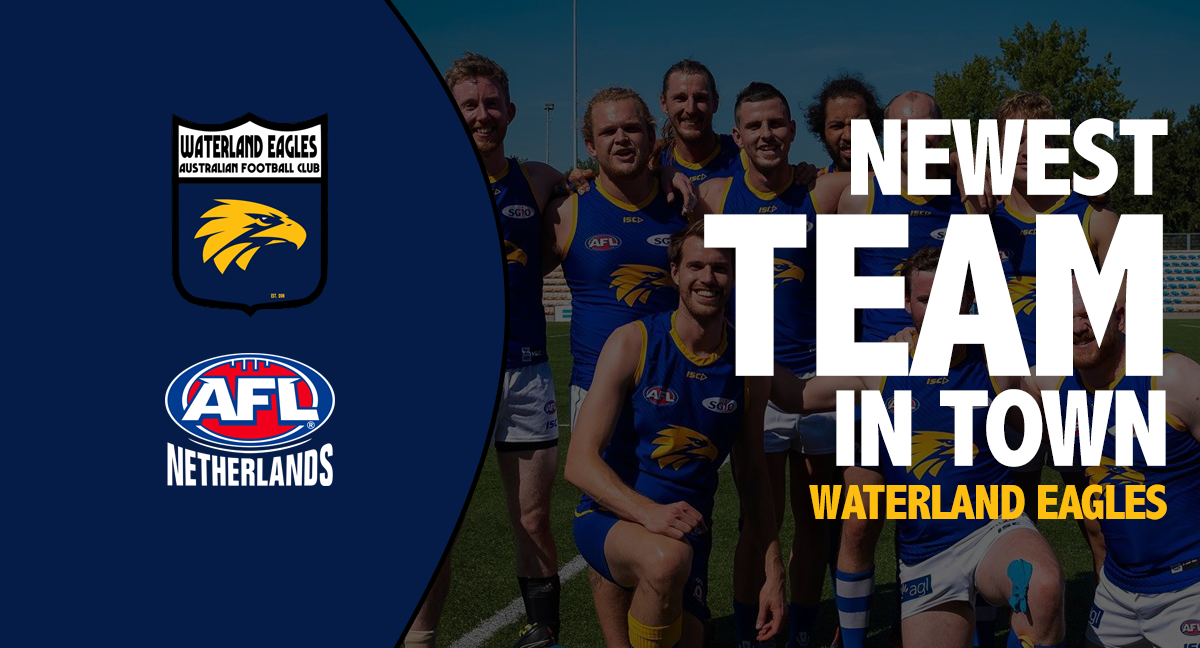 Reporter for AFL Europe, James Brosnan, recently spoke to Waterland Eagles President Neil Cooke to talk all things Eagles – from staying motivated through coronavirus to overcoming the challenges of starting a new team in a small city.

THE Waterland Eagles are back training following the COVID-19 lockdown and hoping to go one better when the AFL Netherlands season commences later this year.

The Eagles finished their debut season in the grand final of the Dutch competition, losing to current European Champions, the Amsterdam Devils.

The Eagles were full of enthusiasm heading into their second competitive season as a club and have been encouraged by three weeks of training post lockdown according to Eagles president, Neil Cooke.

“It’s been great… We had 11 numbers the first week and back to good numbers of 15 the next two weeks,” Cooke said.

“The best numbers we have ever had was 16, so to have two weeks of 15 was pretty good post COVID-19.

“There are a few guys steering clear at the moment as well so we have some good momentum.

“We had an open day in February to try and get some new faces down to the club. The weather was shocking but it was an OK turnout, the next week we had good numbers and then coronavirus hit.

“We’ve had five new faces to the sport (this year) so far. We are all about bringing in as many new Dutch guys as possible.”

The Waterland Eagles are based in the city of Purmerend, about a 45-minute cycle, 16km north of Amsterdam. 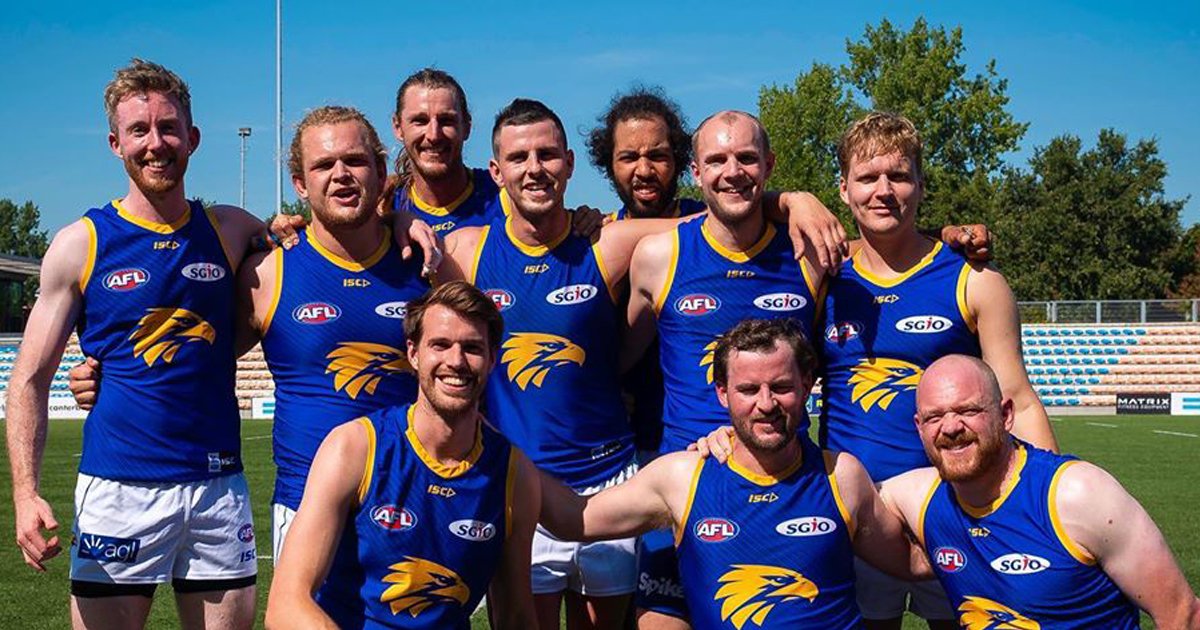 The club started with a trial 10-week training period in April 2018 to gauge interest, before building quickly enough for a full team in 2019.

“During 2018 we had a few guys help out the Delft Blues, just to give them a few numbers and a bit bigger bench when they played against Amsterdam. Our guys were new to the sport so it was a good opportunity to expose them to the game,” Cooke said.

Throughout their first season, the Eagles had a narrow loss to the Devils but eventually won through to the grand final following a win over the Blues in the preliminary final.

“The Dutch league works as a three-team round-robin/league with the winner going to the grand final… second and third to the preliminary final.

“We were in the final against Amsterdam but obviously they are an extremely classy outfit being the champions of Europe.

“We struggled a bit but it was a great education for us, it wasn’t a blowout, it was just they were consistently a couple of goals better than us each quarter.” 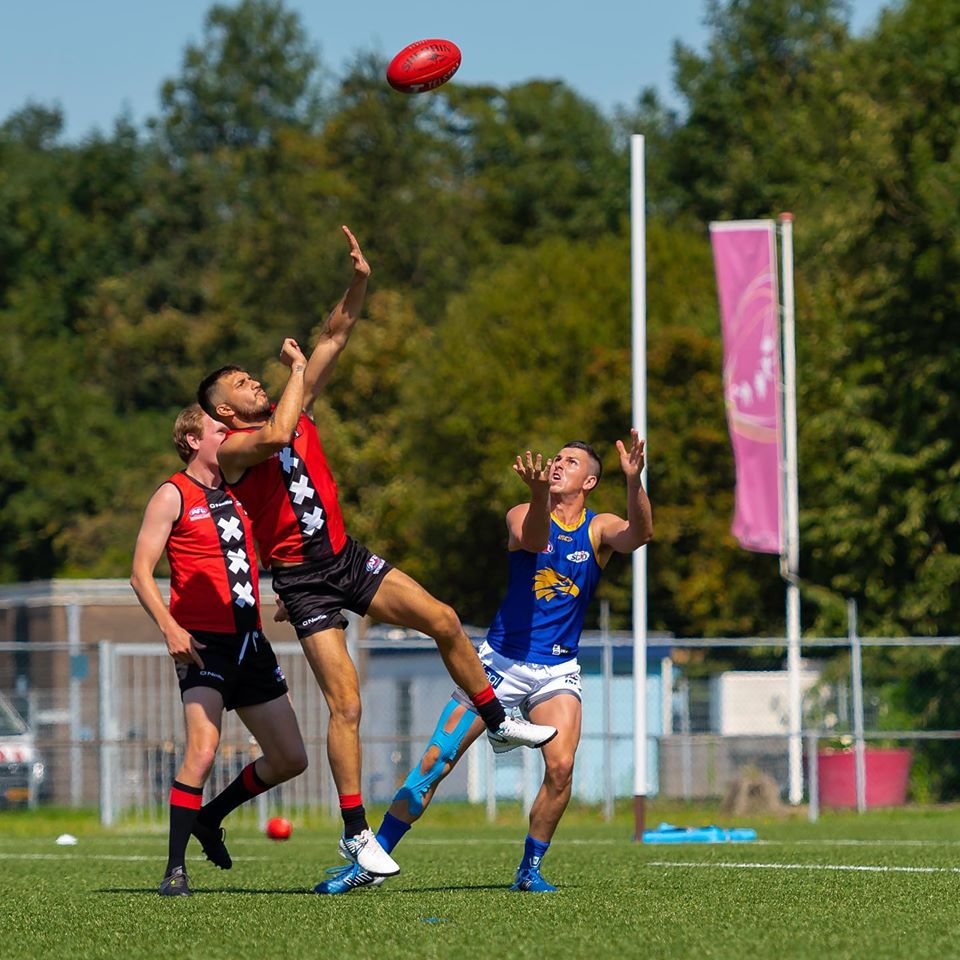 Cooke, an Englishman who found his love for the game after living in Australia for eight years, founded the Eagles after making the move north to Purmerend with his young family.

“I was involved with Amsterdam and a couple of Champions Leagues which was really great. I was also involved with the Dutch national squad and I knew that we had to grow our clubs and for me, this was the only real choice.

“You just keep hammering away and all you need is a few young guys to come down and spread the word with their mates and all of a sudden you have quite a few at training.”

That desire to grow the game in the Netherlands is not just with Cooke, but with a number of Australians opting to make the trip north to help the developing Eagles.

“Everyone in Amsterdam knows there is no point being a strong, one club country. That’s why a few of the Aussie guys from Amsterdam come and help a more inexperienced team grow and develop.

A new record, 20 guys at training, 2 new guys and it was on 🔥 Welcome to the club Joey and Shaun! So good to see the club growing like this. Plenty of running, kicking and laughs 🦅

A post shared by Australian Football Purmerend (@waterlandeagles) on Jun 8, 2020 at 11:18pm PDT

“We have guys that have come from table tennis, tennis, soccer, rugby and no sport… so there is a whole mix of sporting backgrounds and some of these Aussies are enjoying taking on the challenge to explain it to people that don’t know what the sport is or have never picked up a football before.”

The Eagles built the club with a contribution from the West Coast Eagles and with strong support from the local rugby club in Purmerend. This association also exposes the Eagles to more local players.

“It doesn’t work everywhere what we have done.

“I initially approached the rugby club and said we could combine with them to make a bigger club; it brings more revenue in for them and keeps their players interested in the off-season. They were really supportive of that. 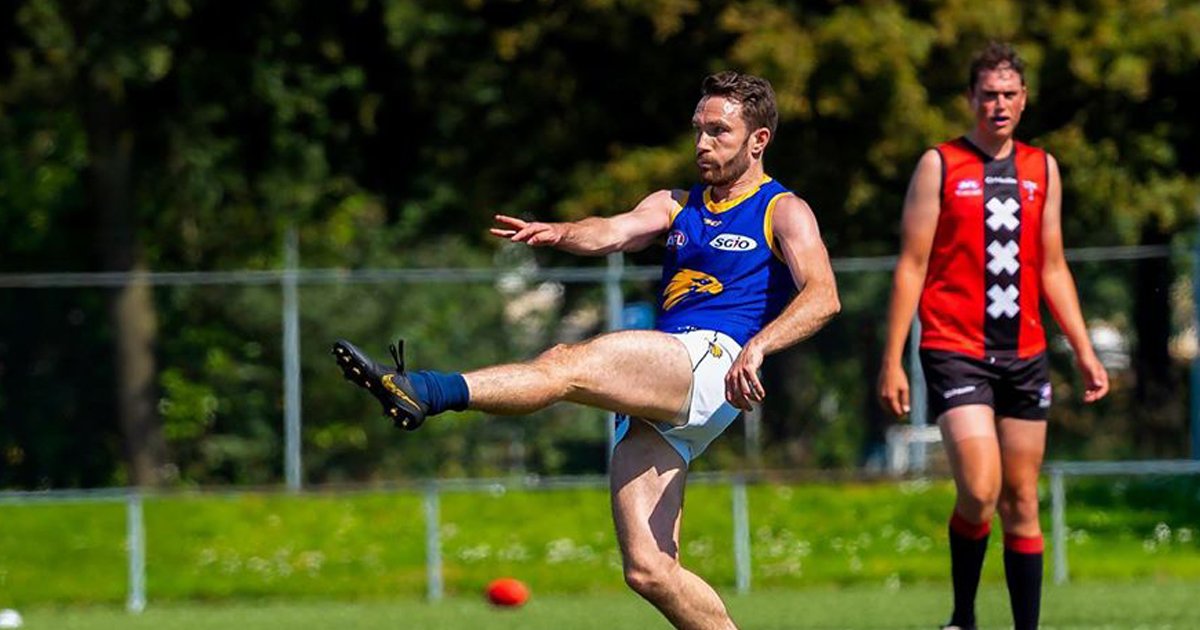 “I have heard other clubs around Europe have tried it with rugby clubs and it hasn’t worked out. For us it has been fantastic, they have been a great help.

“We are really trying to recruit Dutch guys; I think 70 per cent of our guys are locals with some internationals like myself and a few Aussies as well.

“Focusing on the Dutch guys, it’s an exotic sport for them and we brand it like that and I think it really works.”

AFL Netherlands are currently planning to condense their season into a September-October timeframe.

“Our goal is to win it, it’s a bit of a disjointed season so maybe we can get a jump on Amsterdam and Delft because of that, but we will see.

“We keep it very casual and friendly and have a great group of guys, but we’re ready for it.”

To learn more about the Waterland Eagles, or to find your Newest Team in Town, check out the Find Your Club page.

O’Neills to sponsor Race to the MCG
Scroll to top