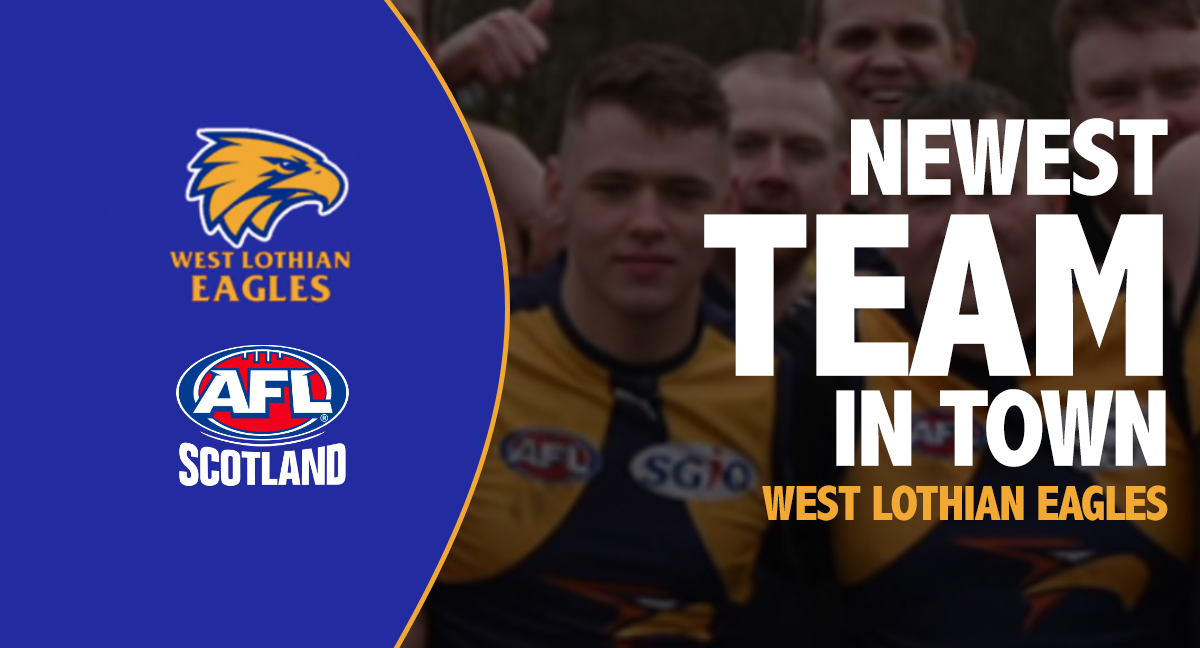 LIKE it has for most of us, the COVID-19 lockdown came at the most inopportune time for the newest club in Scotland, the West Lothian Eagles.

Heading into their second season for premiership points, the Eagles were excited for the season ahead following an improved finish to 2019 and some encouraging preseason form.

Located between Edinburgh and Glasgow, the club has continued to grow since starting under founder Mikey Allan and inaugural president Ross Barker.

The Eagles now have close to 50 members and both a men’s and women’s team. 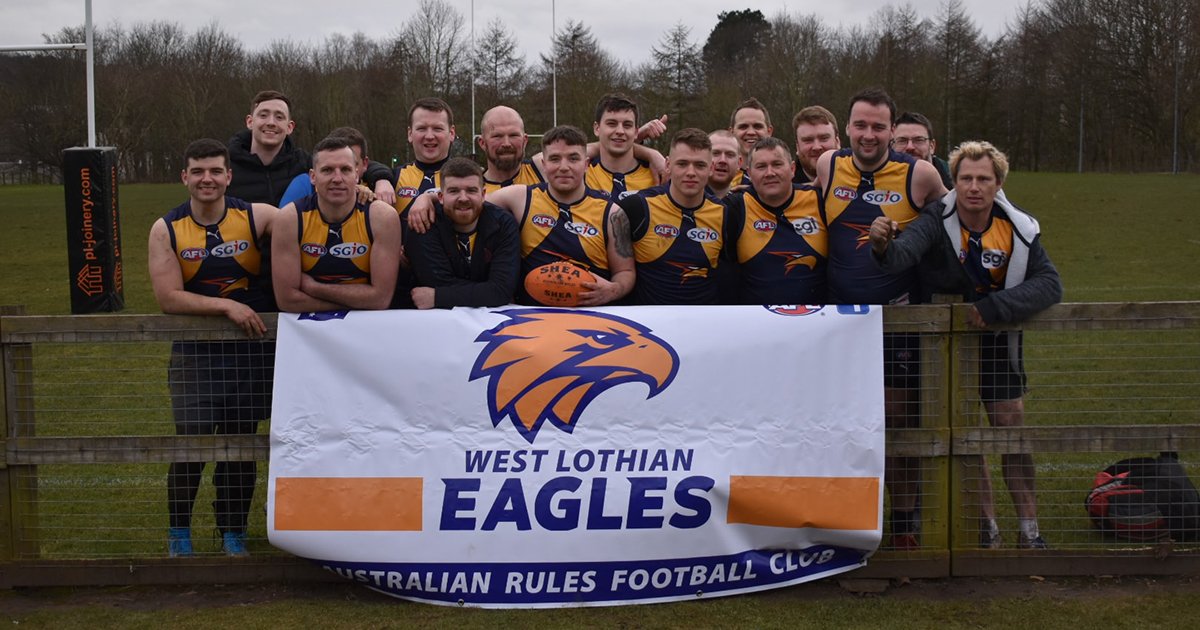 Current president of the Eagles, Jamie Townend, said the club is eagerly anticipating the start of the new season.

“We are absolutely gutted about the (COVID-19) situation,” Jamie said.

“We ran through a pretty intense pre-season schedule… we were a lot more organised than any of the other two years we have been trying.”

The club is made up mostly of local players, with only around five Australians across the team.

Some of the Australians the club has had involved include Matt Heaney, Mick Dyer and Sophie Leonard, all of which are involved in coaching the Scottish national teams.

“Since they have come on board and taken over the coaching, we have made leaps and bounds on the pitch. 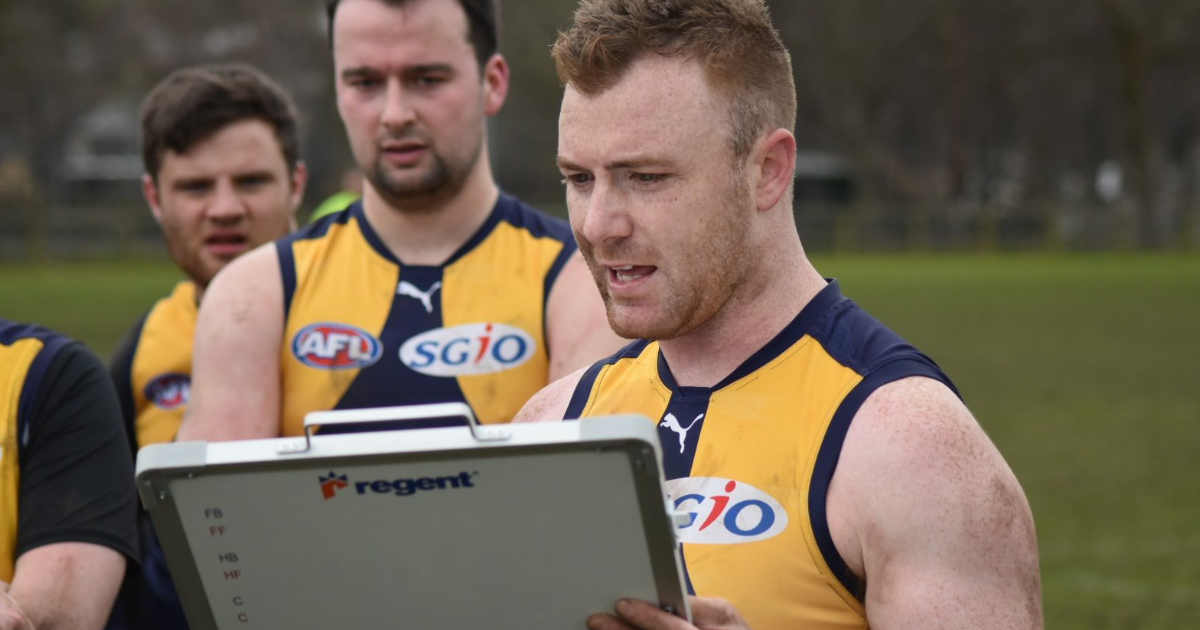 “Things like the attitude at training, it’s been ten times better than what it was.

“It’s been a lot more professional, which has been a big step for a team like us.”

The Eagles started their journey into the SARFL with a series of matches against existing Scottish clubs in 2018, proving they could sustain as a club moving forward.

“Halfway through that first season, we had a couple of ladies messaging our Facebook page wanting to come along… we decided to make a go of it and got seven or eight girls involved initially.

“The ladies team now are their own sort of unit, they pretty much run themselves and they absolutely love it. It has gone really well from that perspective.

“A few other teams have cottoned on to bring their ladies teams along which has led to the introduction of a proper women’s league in Scotland, which is an amazing step.”

The inaugural SARFLW season will include the Eagles, Edinburgh Bloods, Glasgow Sharks and Greater Glasgow Giants. 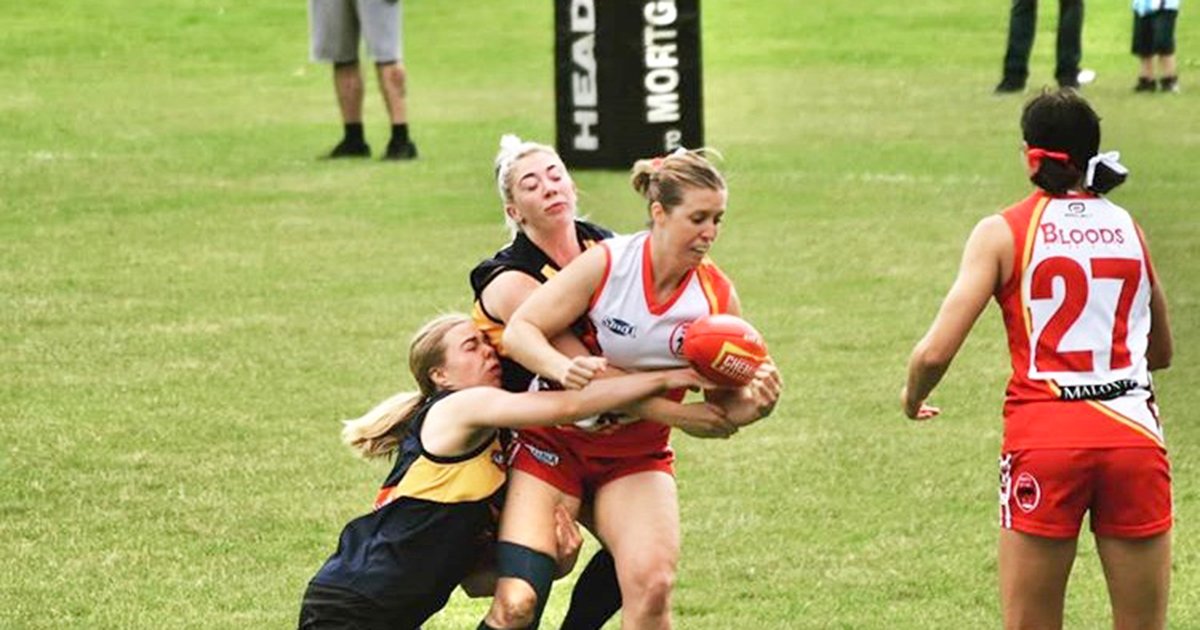 Unlike a lot of teams across Europe, the Eagles are in the enviable position of having some match time in before the lockdown.

The Eagles teamed up for a game with the Glasgow Sharks, and then hosted the Ash Palmer Cup prior to the lockdown coming into place.

The events raised close to £500 for the Australian Bushfire Fund.

The Ash Palmer Cup is held for a former Falkirk player who was in a car accident and now in a wheelchair. The Falkirk Silverbacks no longer exist, but a number of their players are now with the Eagles.

“We try and keep Ash involved in our club and get him along to different events. It’s a day for Ash to enjoy with his family.”

The day included a mixed women’s match, as well as three men’s teams including the Eagles, Sharks and a mixed team.

“Our Eagles men came away with wins in both games which we were delighted with.

“Being quite a new club, we haven’t won many games yet so to get that one was a big step for us.

“We were just annoyed that all the momentum we built got cut short.”

For Jamie, his love for the game was only discovered three years ago, and is reflected across his (mostly) European teammates. 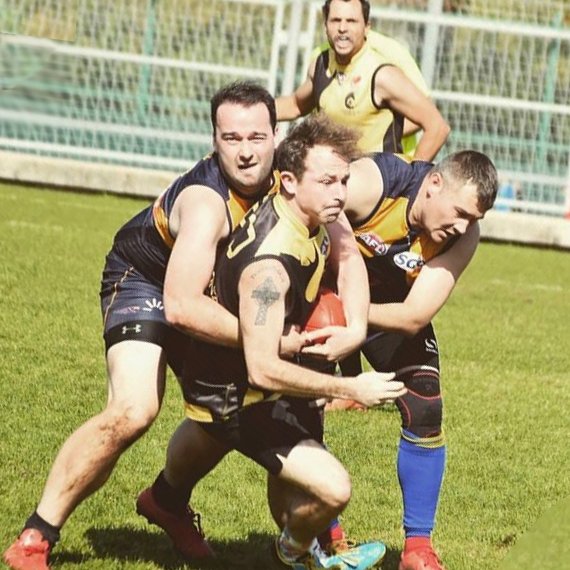 “I went down to the first training session we held and just loved it, I think it was in January and it was freezing cold.

“We played that development year and won the game against the Kingdom Kangaroos and it totally gave me the bug. I fell in love with it.”

AFL Scotland president David Baldie said that the Eagles have been a welcome addition in taking their competition to six teams.

“AFL Scotland were proud to welcome the West Lothian Eagles into the league, since then they have become an imbedded part of the Scottish football community with a great club ethos and their membership goes from strength to strength,” David said.

To learn more about the West Lothian Eagles, or to find your Newest Team in Town, check out our Find Your Club page.