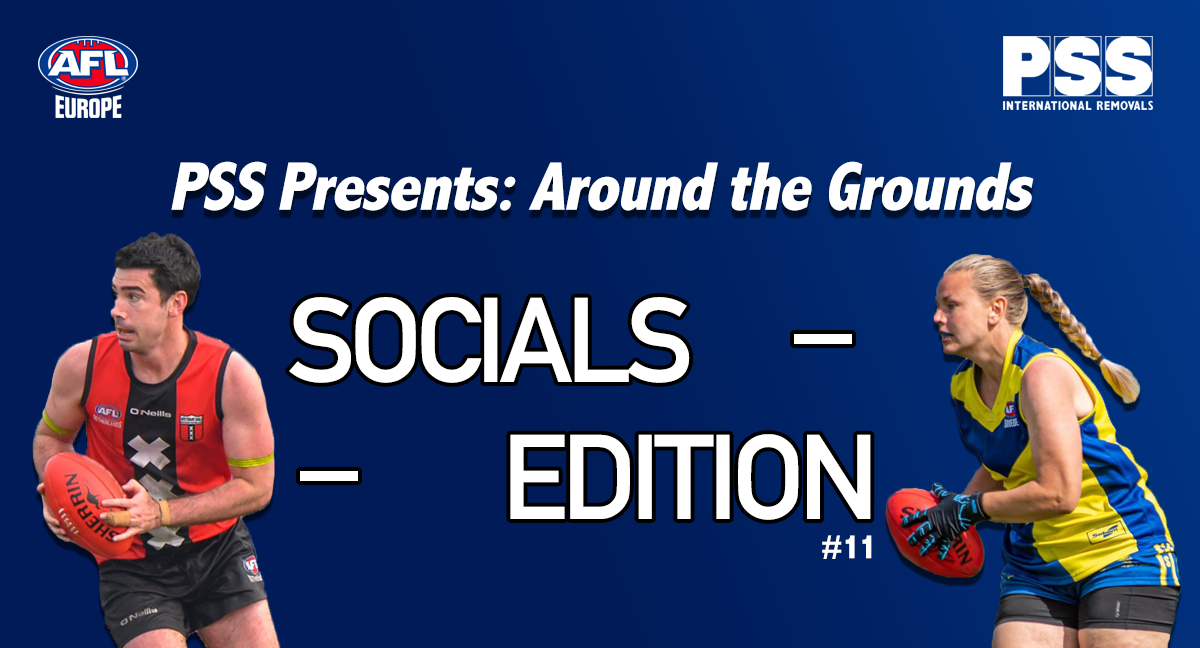 It was a big week for AFL Europe on socials with the Wandsworth Demons announcing their ‘Big Freeze at the C’, AFL Germany presented ‘Footy around Germany’ and Brisbane Lions AFLW coach, Craig Starcevich, joined a team in Switzerland for training.

But first, we can all breathe a sigh of relief as the Australian Football League made a return over the weekend.

If you’re living outside of Australia and looking for a way to watch it live or on-demand, make sure to check out Watch AFL.

If you’re unsure what Australian Football is, the Greater Western Sydney Giants have you covered with this new video.

Missing your favourite sports? Take a look at the greatest game you’ve never heard of… and it comes all the way from Australia. 🇦🇺 pic.twitter.com/9qCv0sRi77

The Wandsworth Demons last Monday announced their fifth Big Freeze on the C’ campaign in support of Fight MND.

The Demons will be holding a number of fundraising activities over the next few weeks that will raise money towards finding a cure for Motor Neurone Disease.

**Big Freeze Events**We are happy to announce our Big Freeze on the C event schedule. Each event will be used as a…

AFL Germany are ready for more people to get involved and play Australian Football!

‘Footy around Germany’ interviews current men and women players around the country to find out what they love most about the sport and why you should start playing.

If Australian footy interests you, make sure to message AFL Germany’s Facebook page (below).

The Polish Devils have recently joined a number of teams in Europe who have been lucky enough to recommence training.

The Devils are welcoming new players so if you’re interested in getting involved with Australian footy in Poland, message the team via their Instagram.

AFL Switzerland were excited to share that as of last week, all of their teams have now resumed training.

Basel Dragons, Geneva Jets, Winterthur Lions and the Zurich Giants can all be seen in action in the Facebook post below.

Great to see four clubs have all resumed training this year. The AFL Switzerland committee is working hard to source…

Starcevich played over 140 games in the VFL/AFL for Collingwood and Brisbane, which included a grand final win in 1990.

The Dragons coaching staff and players benefitted greatly from Starcevich’s footy knowledge and experiences, as he assisted with training and even got involved for a kick!

Thanks to the @baseldragonsafc & @aflswitzerland for the warm welcome to 🇨🇭Great to get out on the track for a kick. Looking forward to settling in at lunchtime today in #Basel to watch the restart of @afl

With training back, the AFL Switzerland committee have announced that they will be working hard to get clubs playing games again as soon as possible.

A great effort to all involved and we’re excited to see more trainings follow!

The Edinburgh Bloods have recently started their own player feature series on Instagram during lockdown.

‘Minute with Jimma’ interviews the Bloods players with some hard-hitting questions!

On the latest episode, Jimma speaks to the team’s resident Kiwi (and professional knitter), Shanky Sian.

Found out how she got this nickname by watching below!

This week on Jimma’s minute with, we have our resident kiwi. Meet Sian, master of the shank! #benditlikesian #shank #kiwi #churbro #afl #aflscotland #teamspirit #edinburgh

The Sesvete Redlegs look to be enjoying being back at training.

Teams in Croatia have been back training for a few weeks now with some even returning to games!

Check out Redlegs Head Coach Dinko Irsag taking a selfie with the group.