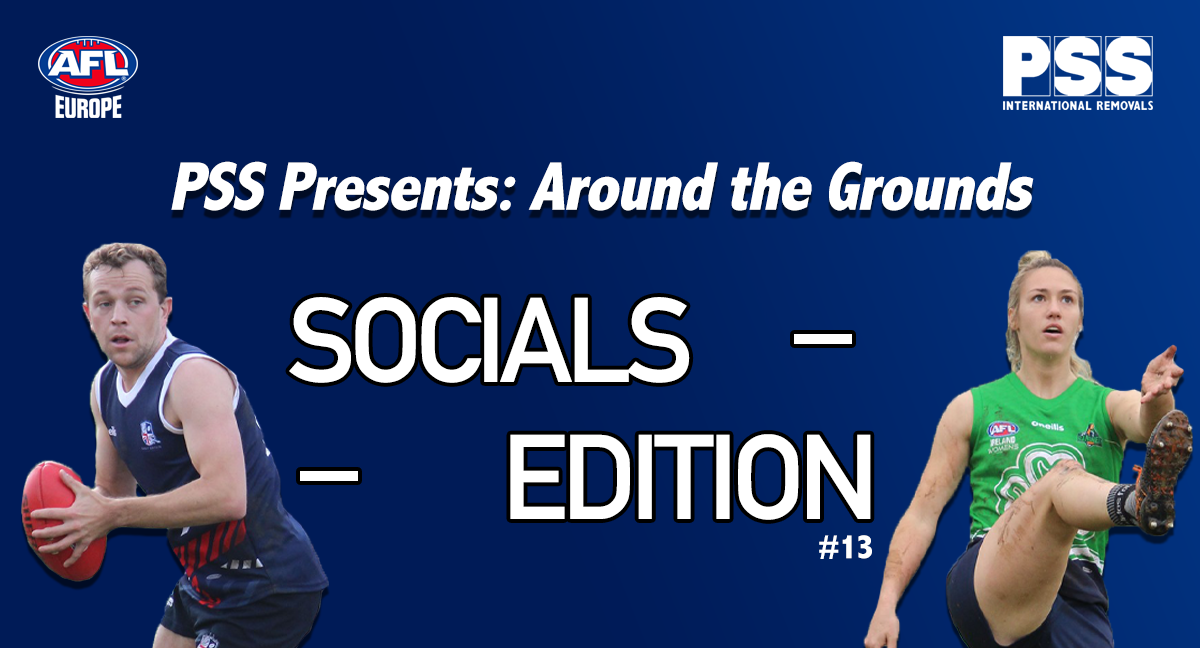 Janine’s life was tragically taken from us in January this year, after being hit by a drunk driver.

With the AFL Germany season cancelled, the Berlin Crocodiles would still like to make an effort to remember Janine, and will do so by dressing in pink (Janine’s favourite colour) and heading along to Schillerpark on the 4th July for a short training session followed by a BBQ/picnic.

For more info on the event, or how you can get involved, read below. For info on how you can help and to donate to the Go Pink For Life campaign, click here.

CROCS GO PINK ⠀  The 4th July was scheduled to be the Janine Benecke Memorial Round. This round was designed to remember a extraordinary young footballer, German Eagles foundation member and good friend of the Crocs, who was tragically taken from us in January this year after being hit by a drunk driver. ⠀  As the AFLG season has now been cancelled, we as a club would still like to make an effort to honour Janine’s memory. ⠀  Janine‘s favourite colour was pink, so we would like to invite all Crocs to get dressed up in their finest items of pink clothing and meet us at Schillerpark at 5pm on 4th July for a short training session followed by a BBQ/picnic. ⠀  For those who are interested, there will also be a ‘pink walk’ from Brandenburg Gate to Schillerpark commencing from 3:30pm (contact @resikre for further details). ⠀  Janine’s family have also founded the @go_pink_for_life campaign. It will be possible to make cash donations to this cause on the day. ⠀  Let’s get together (and get pink) to remember a true legend of the German AFL community! ⠀  The club will organise a simple BBQ and have some beverages at the park for a little chill out afterwards. ⠀  We advise all participants to adhere to the common social practices of limiting body contact, washing hands regularly, keeping the 1,5m distance and sneezing in the elbow. ⠀  The coaches would like to map out attendances for training. If you’re coming to the training for the first time please send your full address and phone number to mail@berlinafc.de to register. If you joined one of our trainings before, put your name down in the doodle poll for the event.

Finland AFL would like to invite you along to their “Hammerglass Game Day”.

On the 18th of July, Finland AFL are hosting a three-hour event where they look to create a two to three team Australian Football round robin.

Experienced in the sport or not, this will be a great opportunity to get some in-game experience and guaranteed playing time.

19 days to go…and you can experience moments like this.Come and play Footy with us, the event is free.#FAFL #AustralianRules #Finland #Nokia #Urheilu #Sports

With the recent cancellation of the 2020 AFL Germany season, a new, localised league has been developed in Germany.

The Rheinland Lions through Instagram have announced the launch of the first-ever Cologne League.

Three teams will be put together including players from the the Lionesses and Lions, who will compete in three rounds over the next seven weeks.

The three teams consist of the Sülz Sharks, Deutz Dingos and Ehrenfeld Platypuses, as they look forward to announcing their squads soon.

With the cancellation of the 2020 AGLG SEASON we are now happy to announce the start of the first Cologne League. 3 Teams formed out of our Lionesses and Lions will compete in 3 rounds over the next 7 weeks to win some honour and glory within in the Club. The players of the Sülz Sharks, Deutz Dingos and Ehrenfeld Platypuses will be announced soon, however check out our awesome league and team logos 😍🦁 #aflg #footy #lionskickcovid #cologne #deutz dingos #sülz sharks #ehrenfeld platypuses

A post shared by Rheinland Lions Aussie Rules (@rheinlandlionsaflg) on Jun 29, 2020 at 3:01am PDT

Round 1 saw the Celtic Convicts, Red Eyes and GSS Giants all play each other across three games.

The Red Eyes finished the day on top, remaining undefeated with an 8-point win over the Giants, and a 6-point against the Convicts.

Round 2 is set to go ahead on the 10th of July. Read the Round 1 Match Reports here, thanks to the Port Malmo Maulers.

The Delft Blues of AFL Netherlands decided to mix things up at their past training.

The Blues players all met by the ocean for a bit of beach footy and bonding.

An impressive effort by all involved!

Players from the West London Wildcats laced up their runners over the weekend to run 13.1 miles in their inaugural half marathon.

Over 15 players attended the event, braving London’s cold and windy conditions on Saturday.

It’s great to see teams in the UK beginning to resume training and exercise where allowed. Remember to stay safe and keep your social distance from each other!

The inaugural West London Wildcats Half Marathon is complete! Massive effort from all the runners (and support crew) who braved the wind and rain to smash out the 13.1 miles. Time for a some well deserved hydration to celebrate 🍻

A post shared by West London Wildcats (@officialwestlondonwildcats) on Jun 27, 2020 at 6:27am PDT

An outstanding effort by the Hamburg Dockers last week!

The Dockers reached a record high attendance of over 50 people at their training, including past premiership heroes and people new to the sport.

Hamburg train on Monday’s and Wednesday’s, so make sure to message them via their Instagram (below) if you’d like to get involved.

Despite the season being called off and safety restrictions on training, a record 50+ at training last night 🥰 Great to see the return of some premiership heroes and some new players joining us for the first time! Already can’t wait for training on Monday and Wednesday next week 💜 All welcome!

Race to the MCG – Week Two Review
Scroll to top