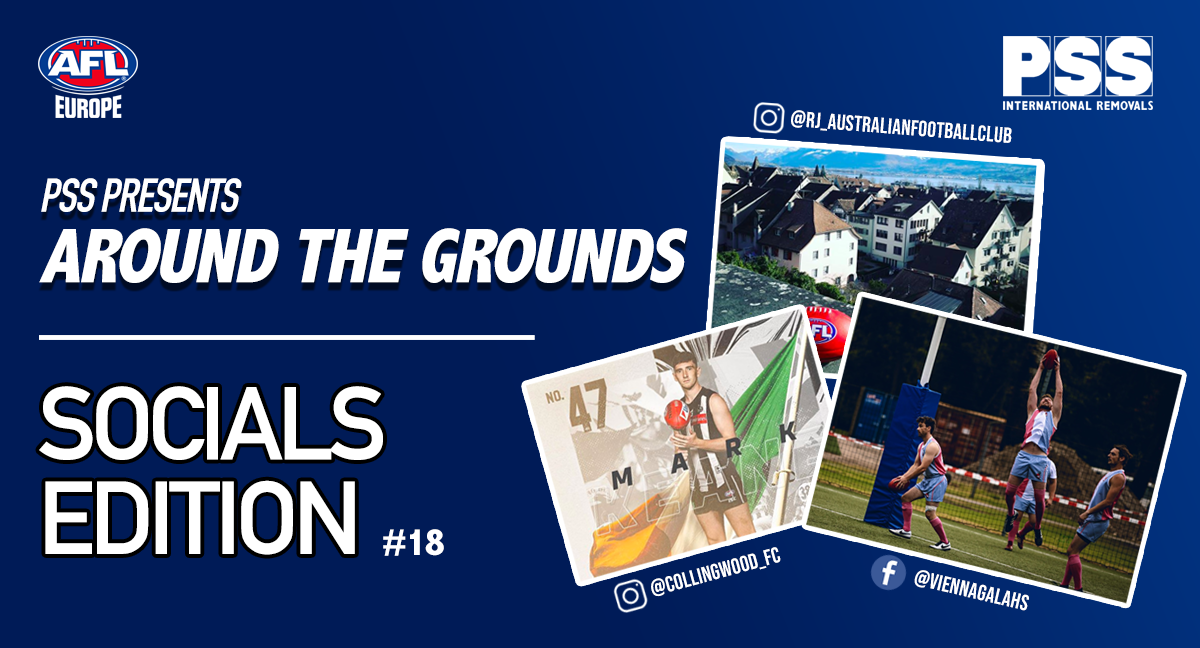 More footy friendlies, team trainings heating up and an Irishman making his AFL debut all feature in this week’s edition of Around the Grounds.

The past month has seen several teams in England resume training under strict government guidelines however a 2020 season remains uncertain.

“In the meantime, AFL London wishes everyone a happy summer. Stay safe, wear a mask and wash your hands!”

In a 'normal' world, today would have been the date of the 2020 AFL London Grand Final across all our divisions. Obviously, Covid had other plans for what we are sure would have been a stellar season otherwise. In absence of a big finals day, let's look back to celebrate the 2019 season and last year's Grand Final winners. We're sure that when we're able to get back to competing, we'll be back bigger and stronger. In the meantime, AFL London wishes everyone a happy summer. Stay safe, wear a mask and wash your hands!!

Another Irishman has officially made their debut in the Australian Football League.

20-year-old Mark Keane was selected to play his first game for the Pies having only joined the club less than two years ago.

Check out the touching moment Keane called his mother to inform her of the great news. Below, head coach Nathan Buckley announces Keane’s debut.

Get Keane for Sunday.

Irishman Mark Keane will make his 𝗱𝗲𝗯𝘂𝘁 for the Pies. pic.twitter.com/EsdZgPtztt

AFL Switzerland took to Facebook to welcome their newest umpire.

A big congratulations to Ben who officiated his first (practice) match on the weekend ahead of the 2020 AFL Switzerland season.

“He did a wonderful job for his first time and will be an excellent addition to the AFL Switzerland umpires team.”

It hasn’t taken long for the reigning premiers to make their mark in the 2020 AFL Netherlands season.

Taking place in Delft, the Devils went undefeated in round one with convincing wins over both the Blues and Eagles.

Round two is set to take place on the 15th of August, hosted by Waterland in Purmerend. Read the full round one review.

Congratulations to everyone who attended the session and have put in the effort to make it all happen.

Posted by Futbol Australijski we Wrocławiu on Tuesday, July 28, 2020

The Nottingham Scorpions have been putting in the hard yards over the past few weeks.

Since resuming training in early July, the Scorpions have already held several sessions throughout the rain and sunshine!

Great numbers look to be attending for both the men’s and women’s sides.

What a day for it! Mens and womens sessions were fast, frenetic and fun this morning. Now for some ☀️🍔🍻🥂⛳💆🚶‍♀️

A post shared by Nottingham Scorpions (@nottinghamscorpionsafl) on Aug 1, 2020 at 3:53am PDT

Joining the Wolves were some players from the Leipzig Quokkas, one of the newest teams to join AFL Germany.

Click below to check out a few photos from the day. Keep your eyes out on both Leipzig’s and Dresden’s social channels for the match report.

Great day out in Dresden. Well done to everyone that played!

Fresh off their match against the visiting Prague Dragons, the Vienna Galahs are straight back into training.

On their home deck, the Galahs managed to beat the Dragons by just over five goals.

We’re looking forward to seeing who the Galahs will face next!

AFL is better no matter the weather.Football training tonight at 18:00, Auer-Welsbach Park, rain or shine ☔☀

Rapperswil-Jona Football Club have announced the team will be put on hold until 2021.

Next year will hopefully see safer circumstances and more chances for players to attend trainings and the team to grow.

For the meantime, they will cheer on the Winterthur Lions in the AFL Switzerland season!

Race to the MCG – Week Seven Review
Scroll to top