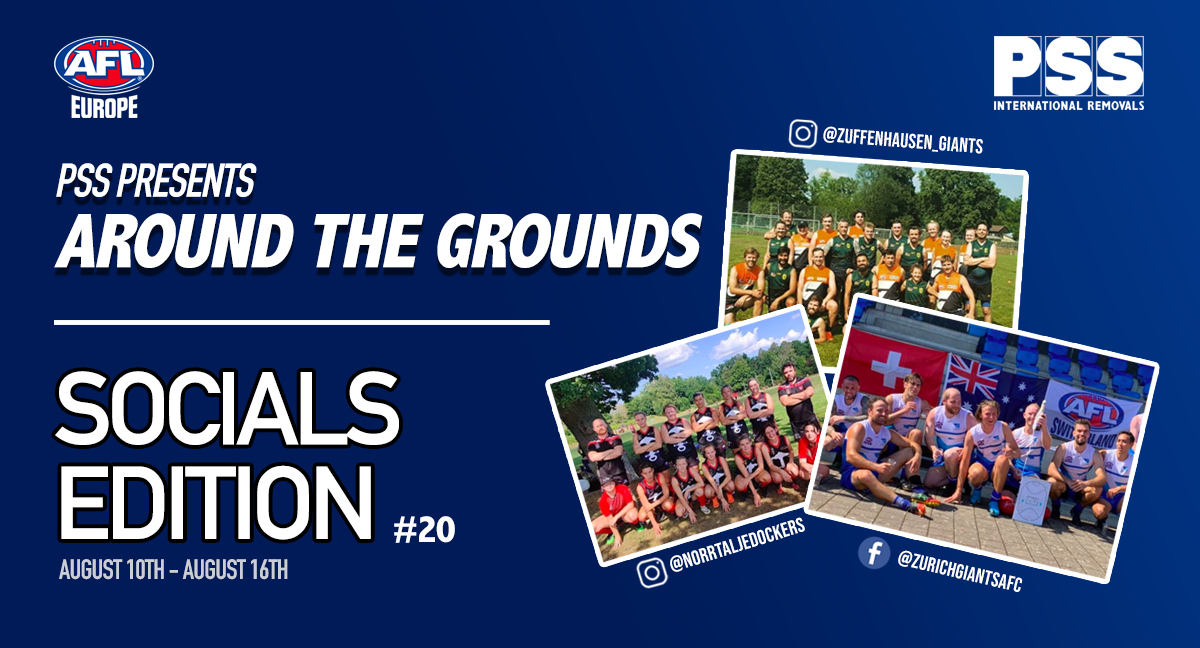 Hosted in Eksjö, the Dockers were able to overcome Port Malmo in both the men’s and women’s grand finals.

Congratulations to the Dockers as well as all involved in what looked like a great day!

To mark the historic occasion, the Giants went up against the oldest team in the Swiss league, the Winterthur Lions.

They’ve also uploaded the match on Youtube! Head to the link below to have a watch.

Yesterday it was a big day for the Giants. They played their very first game within the Swiss league. If you have missed…

The Odense Lions made a long awaited return to the Danish AFL league just last weekend.

The league recommenced with the Lions taking on the Aalborg Kangaroos in what looked like some great weather!

See the team pictured below in their last training session before the match.

As of early this morning, AFL Ireland Women’s on Twitter shared that a total of 15 Irishwomen have officially re-signed for the 2021 AFLW season.

This is fantastic to see and we’re sure the AFL Ireland community would be stoked with this.

We look forward to seeing the girls out on the park next year!

As @NorthAFLW have finalised their list & @GWSGIANTS have listed 25 out of a max 27 players, we see @AileenGilroy heading back to the Roos, & @duckie15 & Yvonne Bonner on the way back to the Giants 👏 pic.twitter.com/djAIRHLzgY

Footy is set to make a return to France in October.

A new league format will see two conferences bring together ten teams for the 2020/21 season.

The conferences have been split into the north and south of France.

A post shared by CNFA Football Australien (@cnfafootballaustralien) on Aug 10, 2020 at 3:16am PDT

Things are kicking off for the Budapest Bats.

The Bats are the first Australian Rules Football club in Hungary. If you or any of your mates would like to get involved, follow and message them via their Instagram below or on Facebook here.

More footy is being played in Germany, this time by the Zuffenhausen Giants!

The Giants formed two intra club teams under the names Goannas and Emus, who went head-to-head a week ago.

The Goannas ended the day on top, beating the Emus 93-69.

Sunday is gameday 🏉 lots of fun with awesome weather in Zuffenhausen! Our new Intra club team the Goannas managed to win their first game against the mighty Emus. After the 4th quarter the scoreboard was 93-69. Thanks everyone who came down and had a kick and beers.

AFL England shared a video of Andrews just last week passing on his best wishes to the AFL community in Europe.

Check out AFL England’s website to find out how you can get involved.

Any Brisbane Lions fans in our AFL England community? Here's a message from Brisbane Lions vice-captain @harris_andrews! If you live in England and are looking for a footy club, then visit our website: http://www.aflengland.org

The Belfast Redbacks were full of joy in their first win in the AFL Ireland 2020 season.

“Great to get the singing voices going again after lockdown.”

Watch the Redbacks gather in the middle of the ground to belt out their club song!

The AFL Multicultural Program on Facebook shared a post game interview a little different to the usual.

Coniglio has both European and English heritage and featured in our ‘My European Heritage‘ series earlier this year.

How many of you noticed the quick Italian interview after the Round 10 win for the Giants against the Bombers?Watch it here if you missed it, watch it again if you already saw this live because this is absolutely unique!#AFLForEveryone#HeathShaw #StephenConiglio GWS Giants AFL Italia AFL Italy AFL Europe #ItalianLanguage #AFLInterview #GWSGiants #PlayerAmbassador #AFL #Italy

Race to the MCG – Week Nine Review
Scroll to top