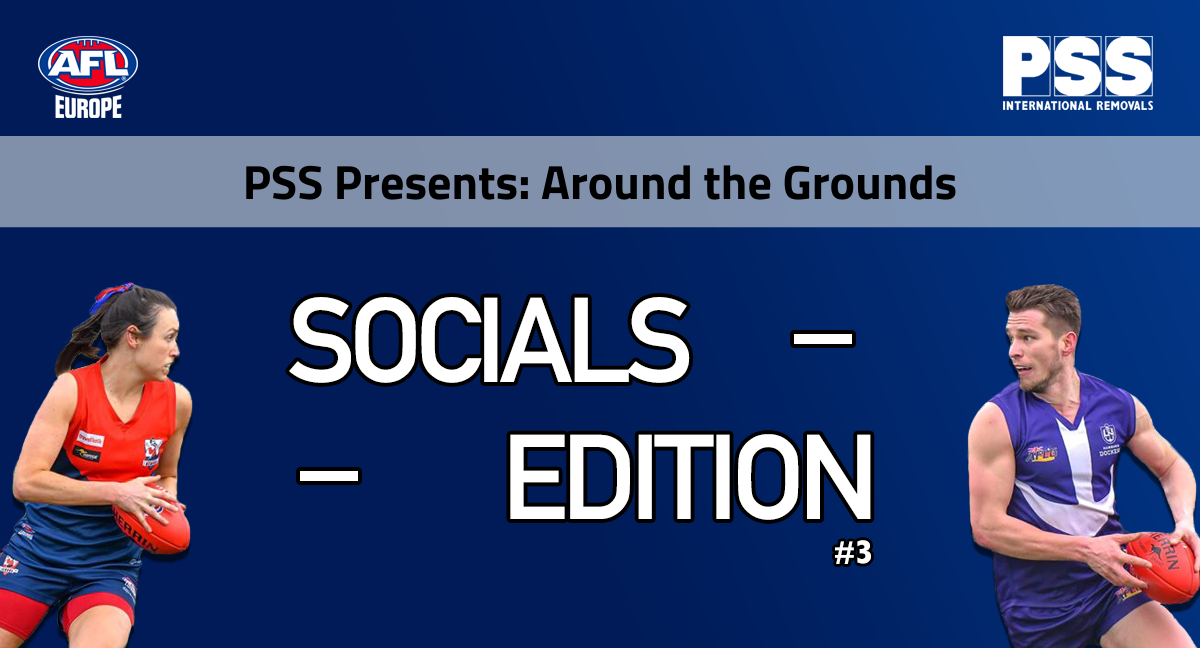 More ideas for some exercise at home, the #handballchallenge and recognising our brave workers.

The North London Lions took to social media with their own new feature series, recognising their players who have been working on the frontline during the COVID-19 pandemic.

A big shoutout goes to the Lions girls Sarah and Bec for their brave efforts, as well as everyone else who has been working for the NHS to keep us all safe.

The nominee’s for the AFLW Players’ Association Player Awards were released, as six players from each club were nominated across four different categories.

Players from each club voted for who they think was the AFLW MVP, Most Courageous, Best First-Year Player and Best Captain in season 2020 (without voting for their own teammates).

We would like to join AFL Ireland Women’s in congratulating the four Irish players who have been nominated by their clubs for an award.

It’s great to see local club’s around Europe continuing to get involved in challenges and make these fun videos!

Here, the Sussex Swans can be seen keeping their skills sharp whilst at home, doing the #handballchallenge.

AFL Finland have brought the Sherrin outside as temperatures are slowly starting to warm up.

Whilst most of us are forced to train at home, here’s a great idea on what to do before a run or as part of your own training.

We’d love to see more ideas like this so make sure to keep sharing these at-home exercises with us on social media!

More #footyinsolitude …here is a good warm-up one can do before going out for a run. If #Covid restrictions in your country forbid going on runs, you can make this a part of your home training schedule (unless you have neighbours downstairs…they might kill you 😄) Bounce-lunge-ball up-rise-catch is a fun way to get warm, improve thighs and gluteus while keeping ball handling as a part of the work-out #footy #KeepingUpTheSkills #aussierules #australialainenjalkapallo #FAFL @afleurope @aflinternational

The Amsterdam Devils journeyed back to 2019, reminiscing on their Champions League victory.

That was the Devils’ first Champions League title, and what a win it was!

One year ago 😈#CL2019 @dannyradisphotography

A great pic from Danny Radis, who captures all the best snaps at AFL Europe tournaments and events!

And here he is getting creative on Instagram last week, putting together this awesome set of Wandsworth Demons trading cards.

A post shared by Danny Radis Photography (@dannyradisphotography) on Apr 19, 2020 at 7:14am PDT

And to cap it off, the Perpignan Tigers took us sky high in France, looking back at a great goal with this scenic drone footage.

We’d also like to see what you’re getting up to at home and how you’re keeping involved with footy!

Be sure to tag us in your posts for your chance to feature in Around the Grounds – Socials Edition.