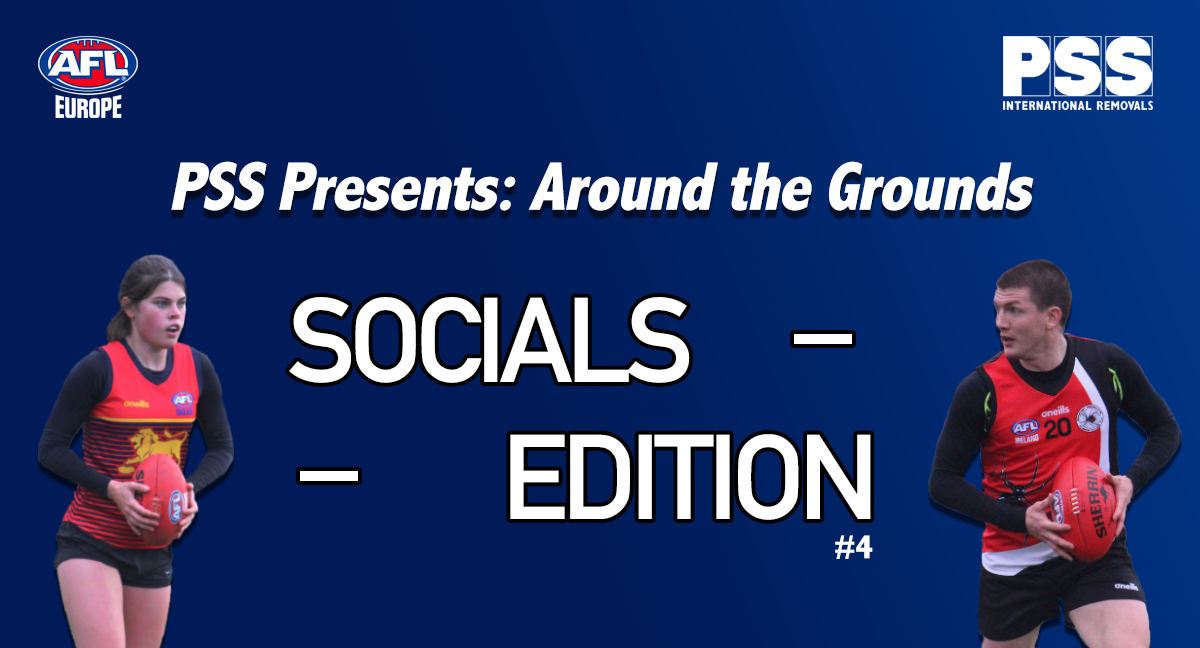 In what would’ve been a month where several league’s around Europe kicked off their 2020 season’s, this April has been very different for the footy community.

And whilst it can be tough, we must continue to keep indoors and stay safe as football is waiting for us on the other side.

We encourage you all to keep active at home and show us how you’re doing so by tagging us in on socials @AFLEurope.

If you’re after ideas for yourself, then grab a footy and check out the Paris Cocks on Instagram!

Keep your footy skills sharp by practicing at home 🏉 Stay tuned for more skills and stability exercise videos throughout the confinement period! 🐓

The Great Britain Swans jumped on Zoom for another team meeting.

The squad talked game plans and several ways to keep fit in isolation.

If you haven’t already done so, connecting on Zoom is a great way for everyone at your club to all meet online and keep in touch with one another. 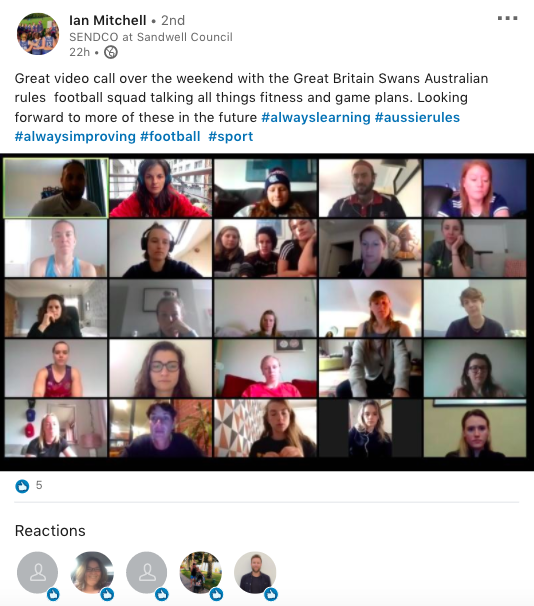 The West London Wildcats and Leeside Lions are the latest to join the player feature series on Instagram.

Get to know Julia in the ‘Caged Cats’ series and Cathal from the Lions.

Next in our Caged Cats series is @juliapgrant, who is one of our many members who works with the NHS. We're so proud of the Wildcat legends working on the frontline and thankful of everything they are doing, so we'll be catching up on how they're doing too! . 🔹️Tell us a bit about your job lately: I work as a radiographer at a private hospital that is in partnership with the NHS at the moment. It has taken on urgent surgical patients so we are being kept on our toes with pre and post operative imaging. All the patients are very appreciative of everything we are doing for them and that is what keeps me motivated to keep going to work Jules also took the time to answer some of our questions: 🔹️What is the first pub you'll visit (and what are you ordering) once lockdown is lifted? 3 Espresso Martinis at Simmons Fulham please and thank you! . . 🔹️Who is the Wildcat you'd most want to be in lockdown with? I actually live with a fellow Wildkitty – @bryannastjack, so she is the chosen one . . 🔹️What music/podcasts have you've been listening to? 'Happy Hour with Lucy and Nikki' is a vibe! Highly recommend to all the chicks (and dudes) who'd love a laugh and casual life advice 👌🏽 . . 🔹️What is your favourite lockdown meal/snack/treat? Homemade brownies 😏 . . 🔹️What is something new (ie hobby, skill) you've tried doing while at home? I've tried to learn to juggle, but I've got the attention span of a child, so that didn't go to plan…much like my journey of self-discovery in 2020 😅 . . 🔹️What are you looking forward to the most when we get back to footy? 100% the socialising!

A post shared by West London Wildcats (@officialwestlondonwildcats) on Apr 26, 2020 at 10:28am PDT

If you’re living in Switzerland and interested in playing footy, then this video is for you!

Last week, AFL Switzerland would’ve begun their second-ever Australian Football season, but for now, they are looking to the future and are hoping to still get some games played later this year.

Take a watch and learn how to get involved with any of the five clubs located around the country.

Today AFL Switzerland would have started their second season in Winterthur. Contrary to last year, the sun shows it‘s best side today. Despite the current international crisis, AFL Switzerland keeps working on a potential shortened season this year. Something which won‘t change though is the promotion of footy in Switzerland which includes our Swiss National Team. We are very proud to have a male and female team representing Switzerland in international competitions since 2019. If you are Swiss and you love doing sports, why not join our squad? It‘s a great opportunity to work out in a team, be part of a big family and represent your country. Thanks everyone who helps to grow this fantastic sport in Switzerland. For more information, do not hesitate to contact us. Stay healthy! Your, Effie. /Head of Women Development/ #AFLSwitzerland #BaselDragons #GenevaJets #AFLRapperswilJona #WinterthurLions #ZürichGiants #AFLCHUmpires #AFLEurope #AFL #VFL #AFLWomens #RapperswilJona #Basel #Geneva #Winterthur #Zürich

The Dresden Wolves take a look back to when they made German news in 2018.

Saxony TV reporter Lucas Bohme, visited the club to find out what Australian Football was all about.

Lucas explored the history of the footy club, interviewed players and even got involved in a training session to learn a few skills!

(The article can be translated to English through Google Chrome).

In Australia, the Sydney Swans have taken us through their ‘Player Diaries’ series with Irishman Colin O’Riordan.

Whilst footy is on hold, Colin has been doing his best to keep busy down under through study, working out and keeping in touch with teammates.

See what @colinoriordan has been up to in the isolation period.