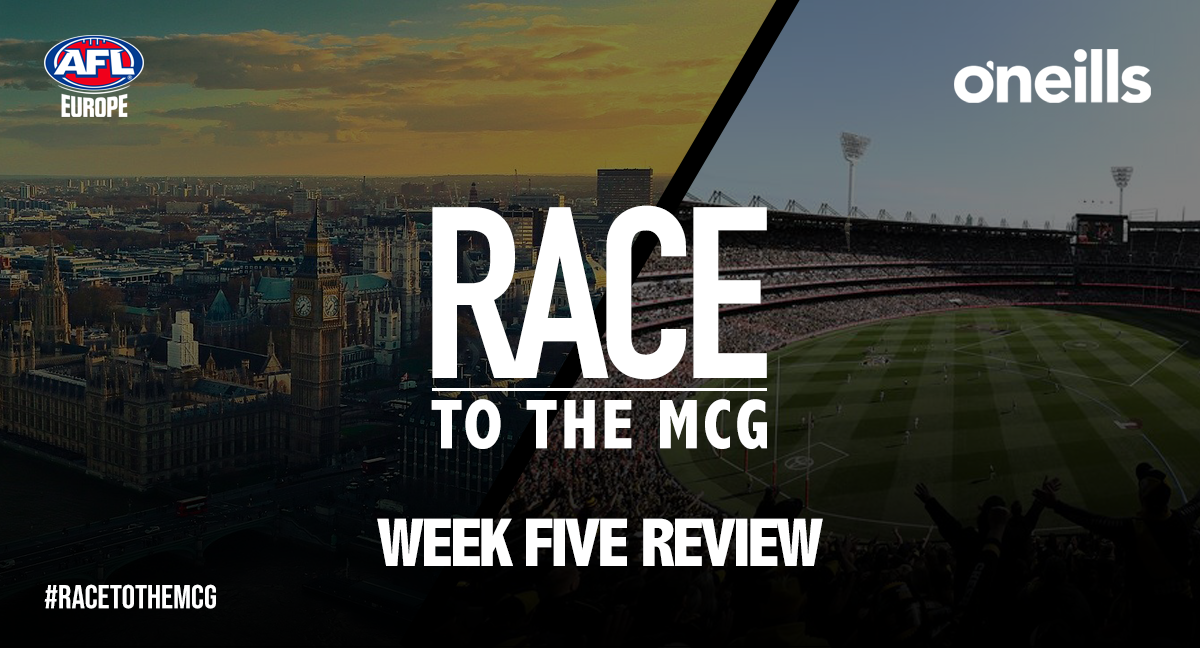 IT’S BEEN an enduring five weeks for our 20 teams competing in the Race to the MCG.

Since the beginning of the race, all participants have collectively run an outstanding 75,000km.

Over a month from launch, we’re pleased to still see all teams continue to participate and get outside to log some stellar efforts.

In the women’s competition, the weekly and overall leaderboards have once again gone unchanged.

The top three teams in Germany, Scotland and Wales continue to steam ahead whilst Croatia and France have unfortunately become the first teams who were unable to reach their week one benchmark.

Sweden have remained consistent in fifth, and are beginning to run away from France who currently sit in sixth.

Switzerland continue to push through, and round out the five remaining teams with the chance  to win free entry into the 2021 Euro Cup. 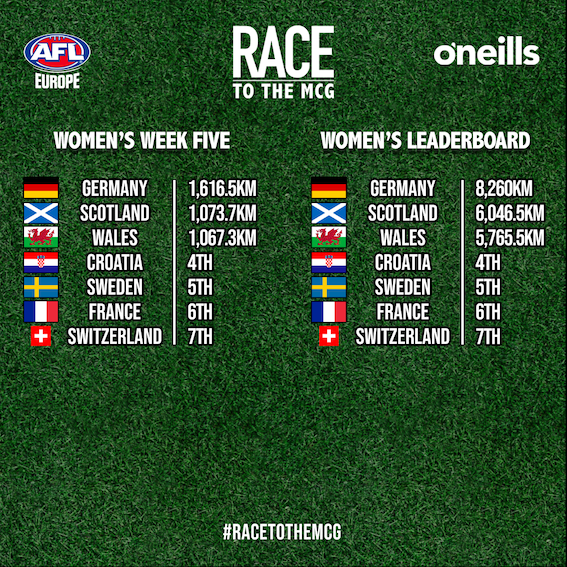 In the men’s competition, the fight for first place continues up top with Wales able to narrowly extend their lead over Scotland.

Germany, Croatia and England have remained consistent to sit in third, fourth and fifth respectively.

France’s weekly finish in seventh place has allowed them to gain one position on the overall leaderboard.

Also moving up on the overall leaderboard was Poland who had their best week on the track yet, impressing all by finishing sixth. 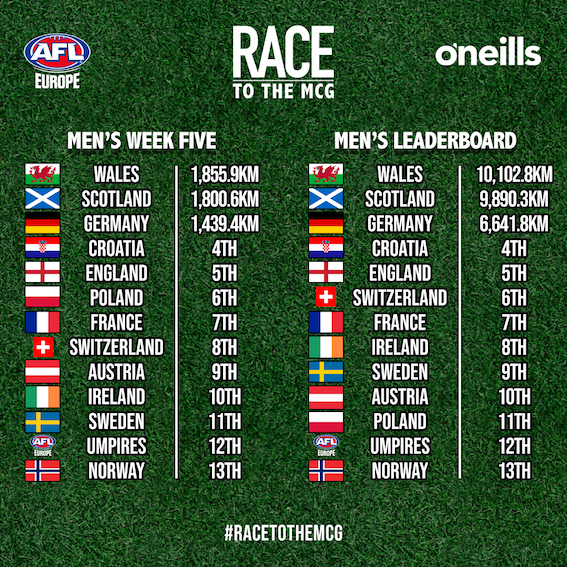 The Polish team is made up of a mixture of players in Warsaw, as well as potential players in Wroclaw where AFL Poland are attempting to start a new team.

Hearing from the president of AFL Poland, Phil Forbes, about the positive mindset the team has established, Poland’s big improvement in week five comes as no surprise.

“AFL is still hardly known as a sport here in Poland – so if we compare where we’re at to that of other countries, we’ll always be in their shadow. It’s comparing apples to oranges,” Forbes said.

Despite finishing last at the end of week one, Poland have continued to better their results week after week.

“In the beginning, we had absolutely no idea how we’d place, so it wasn’t overly surprising to be dead last after week one, even though we all gave a little extra.

“But that set a precedent, ‘a little extra’ wasn’t enough. We all had to pull our weight and do more.

“There are a few blokes stuck in Australia at the moment, and they’re doing what they can from there, too.

“Seeing guys go on vacation for a week but still get out there and put the effort in, that’s really making it feel like a team effort.”

Devils look to expand game across Poland
Scroll to top