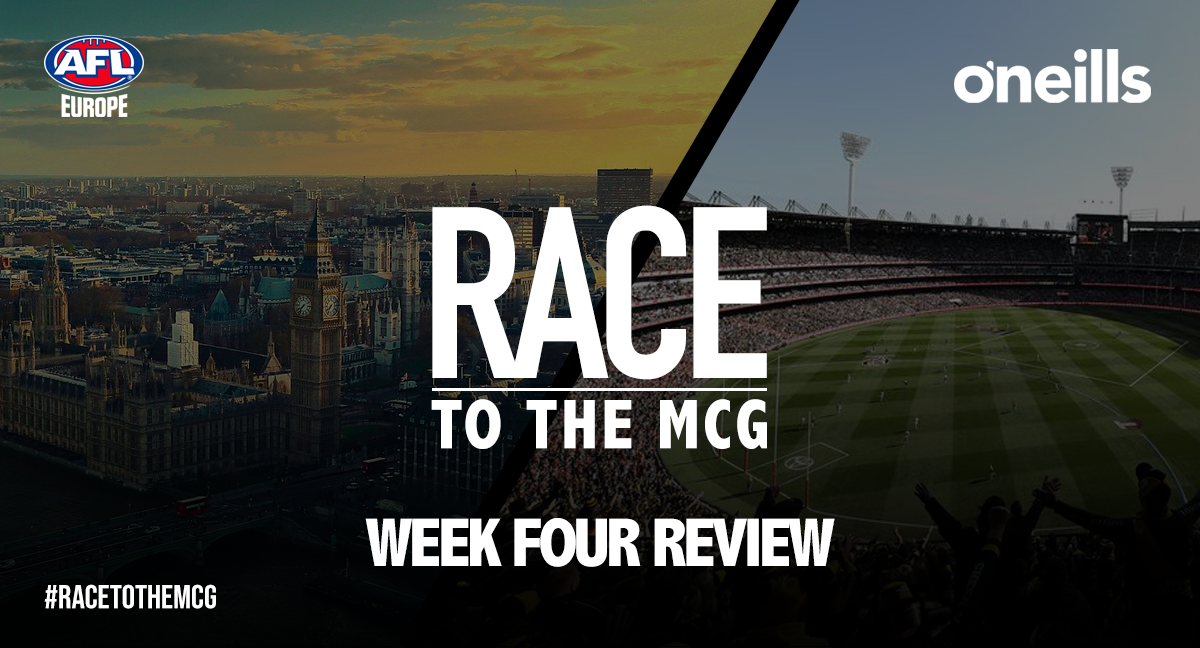 IT’S BEEN just one month of our Race to the MCG competition and some teams are already approaching the halfway mark!

Week four saw a number of competitors improve from week three, as 36 of them muscled through to run over 100km.

The top sides in Wales (men’s) and Germany (women’s) have continued to impress, recording their highest weekly tallies to date.

In the women’s competition, all seven teams have once again surpassed their week one benchmark and remain in the draw to win free entry into the 2021 Euro Cup.

There has been no positional changes on the women’s ladder as Germany, who had seven runners achieve 100km last week, maintain a steady lead from the rest of the competition. 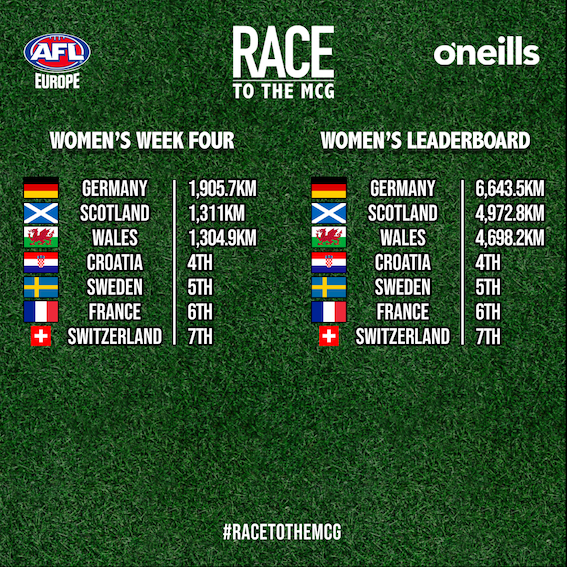 The two UK sides don’t sit far apart in 2nd and 3rd, and in 5th and 6th, less than 100km separate Sweden and France.

Wales have maintained some mighty efforts over the past two weeks which has left AFL Wales president James Gibson extremely impressed.

“We thought this was a monster challenge and that sustaining anything more than 50km a week would be tough… but now a 10km morning walk has become routine and a good stretch of the legs,” said Gibson.

Both the men’s and women’s Welsh teams are made up of current and past players and coaches, which Gibson said has been beneficial for the AFL Wales community.

The drive for Wales to succeed in this competition goes beyond internal competition’s and the chance at a brand new playing kit, thanks to O’Neills, as they are now raising money for the Jacob Abraham Foundation. The Wales teams have pledged to donate 10p per kilometre they achieve.

“We seem to have developed a healthy rivalry with both Scotland teams… it will be good to play them in a game of footy sometime soon too.

“All in all, we’re confident we can sustain our current efforts albeit exhausting!”

In the men’s competition, things are heating up at the top of the table as Germany, Scotland and Wales post their highest scores yet.

The three teams, as well as Austria and Poland, are the only teams to now remain in the draw to win free entry into the 2021 Euro Cup.

Improving on their week three total, Sweden have managed to jump three positions on the weekly ladder, as both they and France edge their way closer to Ireland on the overall leaderboard. 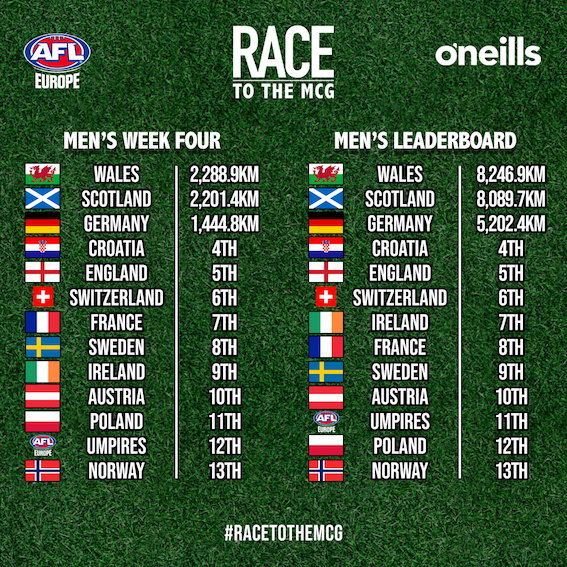 Since the start of the competition, the Austrian men’s is the only (men’s or women’s) team to have continued to improve on each weekly total.

AFL Austria president Martin Schittegg has been pleased with their results and shared with us some information on the team.

“At the moment, there are mostly active players in our team however we were able to motivate some of our legends to set off with us on our journey towards Melbourne,” said Schittegg.

Austria have been unable to field a full team of 30 however remain positive on competing in the big race.

“The boys motivate themselves internally by developing small private duels… everyone wants to go further than each other.

“We definitely still want to improve and we want to reach at least the Mediterranean Sea before the first clubs finish the race!”