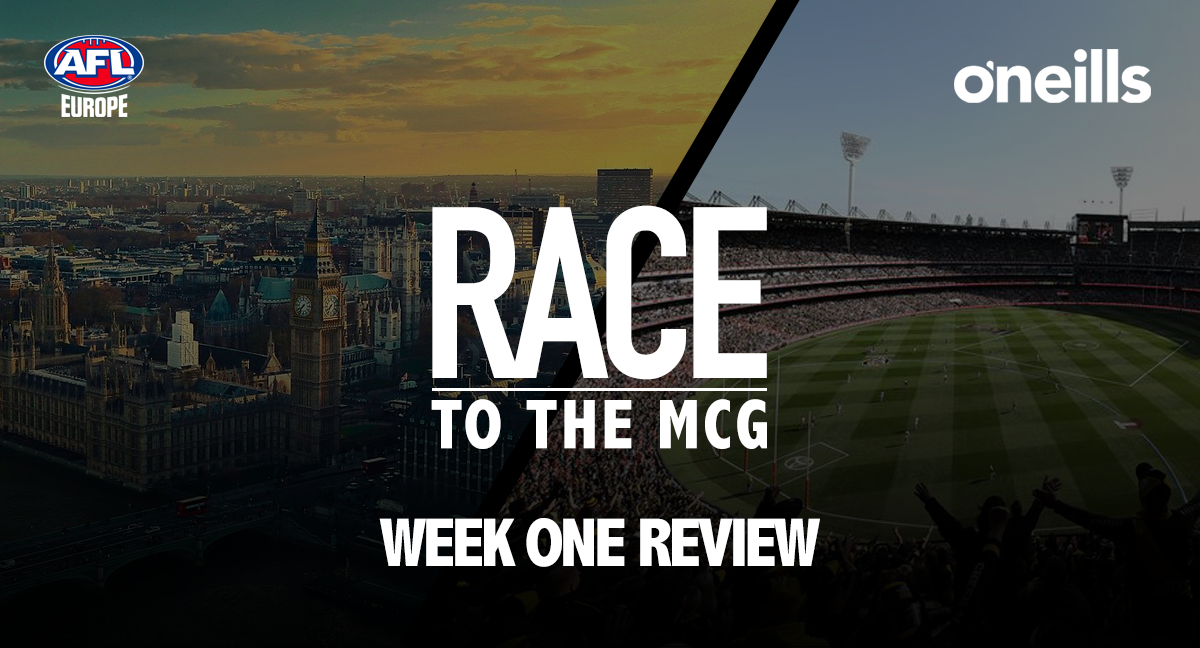 THE RACE to the MCG is officially underway, with 20 teams around Europe beginning their virtual journey last Monday from London to the Melbourne Cricket Ground. Teams race in hope of achieving the grand prize; a brand new playing kit for their 2021 Euro Cup squad courtesy of AFL Europe’s official Apparel Partner & Race to the MCG major sponsor, O’Neills.

To round out week one, Race to the MCG saw a total of 424 participants from the AFL Europe community competing for their local country.

Of these 424 runners, 18 managed to reach the 100km mark, with Dan. S from Germany’s men’s team leading the competition with an outstanding 200km.

The combined efforts of all runners in the competition accumulated a total of 14,276km! An incredible effort in just one week.

In the women’s competition, it was Germany who came out firing to lead all at the end of week one.

The team of 30 notched over 1,500km for the week, giving them some early distance in front of Scotland, Wales and Croatia. Jana. E and Leila. M (both from Germany) lead the women’s competition with 108.9km and 108.2km respectively.

Another impressive effort was by Katren. R from Sweden, joining the two in reaching the 100km mark with a total of 101.3km.

In the men’s competition, only 50km separates the two team’s sitting in first and second.

With 28 runners apiece, Scotland and Wales have set the tone early, accumulating 1,694km and 1,642km respectively.

The Scottish have shown a consistent effort across the board and currently have three of the top four runners in the competition.

The Welsh team had the most runners in the week (six) that managed to reach a distance of triple figures. AFL Scotland president, David Baldie, said both the men’s and women’s teams were determined to give it their all, right from the get-go.

“Both teams are in it to win it, we knew we had to put together two strong teams, but we also knew there would be strong competition,” said Baldie.

Making up the two teams are a range of players, coaches, umpires, goal umpires and club members.

“We wanted as wide of a range of people as possible so that the whole community felt part of the race.”

Despite it being early on, Baldie believes that both of the team’s from Scotland have what it takes to finish the competiton’s victorious.

“It was a fantastic effort from both teams, and everyone involved should feel proud of how far we’ve gotten so far.”

As an added incentive, we have a bonus prize that we would like to announce. Each team now has a benchmark (week one distance total) to beat. If your team can better your benchmark each week, you will go into the draw to win free entry into the 2021 Euro Cup in Scotland.

We’re looking forward to seeing who leads the way in week two as well as more of the outstanding individual performances. Who will be the first to #RACETOTHEMCG?

Make sure to share your journey with us on socials by tagging @AFLEurope in your posts and using the above hashtag.