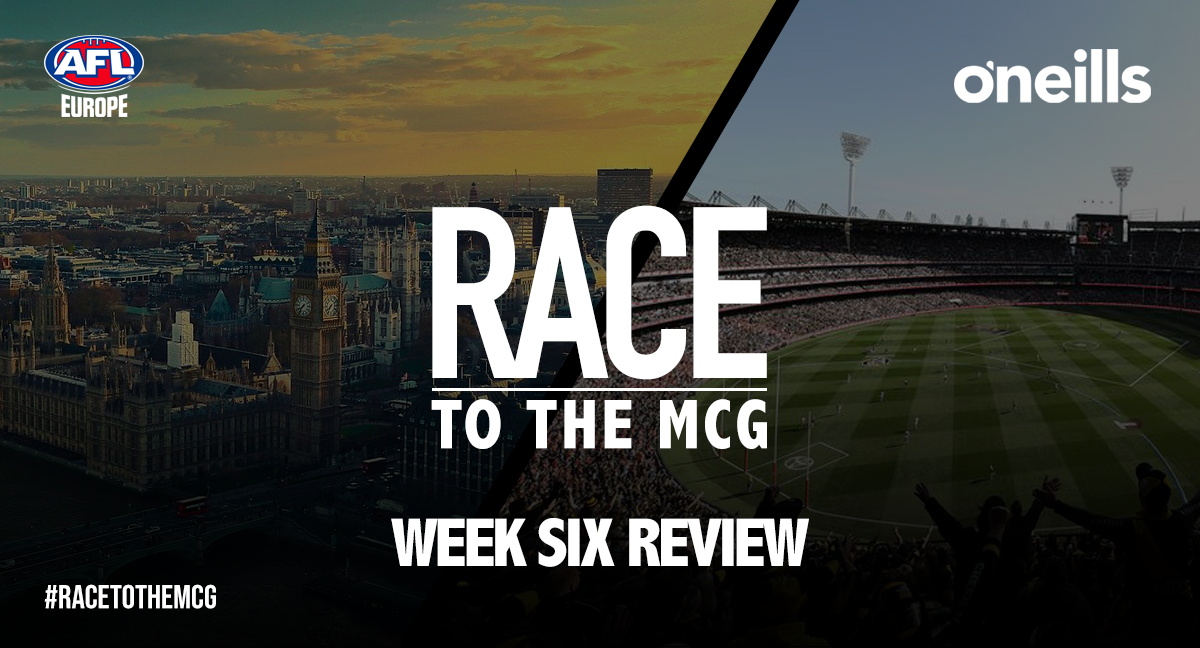 ANOTHER week down in the Race to the MCG and both competitions have officially surpassed the halfway point.

From Garmin’s server outage, to plenty of movement in both the weekly and overall leaderboards, week six has been full of surprises.

In the women’s, a 1,600km performance from Germany has further extended their lead over the other six teams in the competition.

Scotland and Wales have held second and third position respectively, while 62.5km from Tilda. B and 56.5km from Katren. R has helped Sweden reach their best weekly finish yet, landing 4th position.

With what could be yet another month of running to go, the five teams from last week who beat their week one benchmark have done so once again and are still in the draw to win free entry into the 2021 Euro Cup. 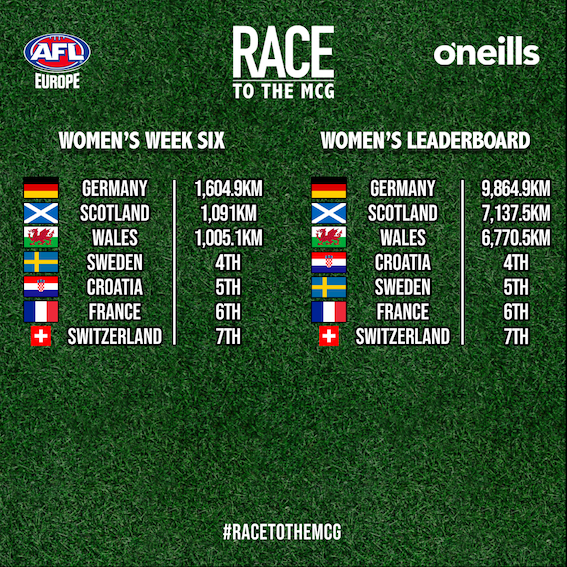 The Switzerland women’s remain as one of those five teams who have continued to beat their week one benchmark.

The Swiss team, who is made up of a number of players and one club committee member, have kept consistent since the start of the competition.

“They (Switzerland women’s) are really enjoying the competition and the extra incentive to go on for runs, walks and hikes,” said AFL Switzerland president, Stefan Burgener.

With the postponement of the Swiss league (announced back in May) and the cancellation of team trainings, Switzerland have enjoyed participating in the competition.

“The extra motivation to go running and stay fit also helps, particularly with the AFL Switzerland league starting back on the 8th of August,” said Burgener.

With still a month of competition expected to go, Switzerland have set their sights on a few goals they hope to achieve before the end of the race.

“They (Switzerland women’s) want to overtake France in 6th spot in the rankings, and to continue to beat their weekly target and remain in the draw to win free entry into next year’s Euro Cup.”

In the men’s, large contributions from James. G, Jon. S and Tom. C has helped Wales further occupy the top spot and charge past a total of 12,000km.

Week six efforts by Scotland, Germany Croatia and England affected no positional movements while Ireland have regained seventh position thanks to a handy 100km from Dean. R.

Still sitting above Ireland is Switzerland, maintaining sixth place for the fifth week in a row supported by a healthy 120km contribution from Patrick. T. 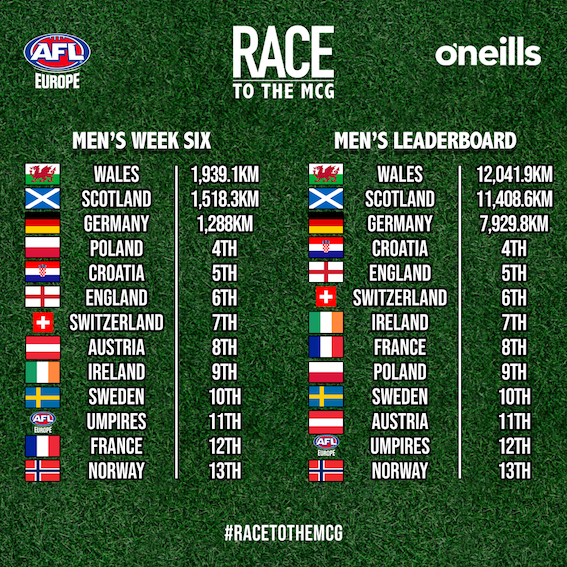 Their efforts have also seen them jump up to 9th position on the overall leaderboard.

Scotland, falling just short of their week one benchmark, has now left just Wales, Germany, Poland and Austria as the four teams in the draw to win free entry into the 2021 Euro Cup.