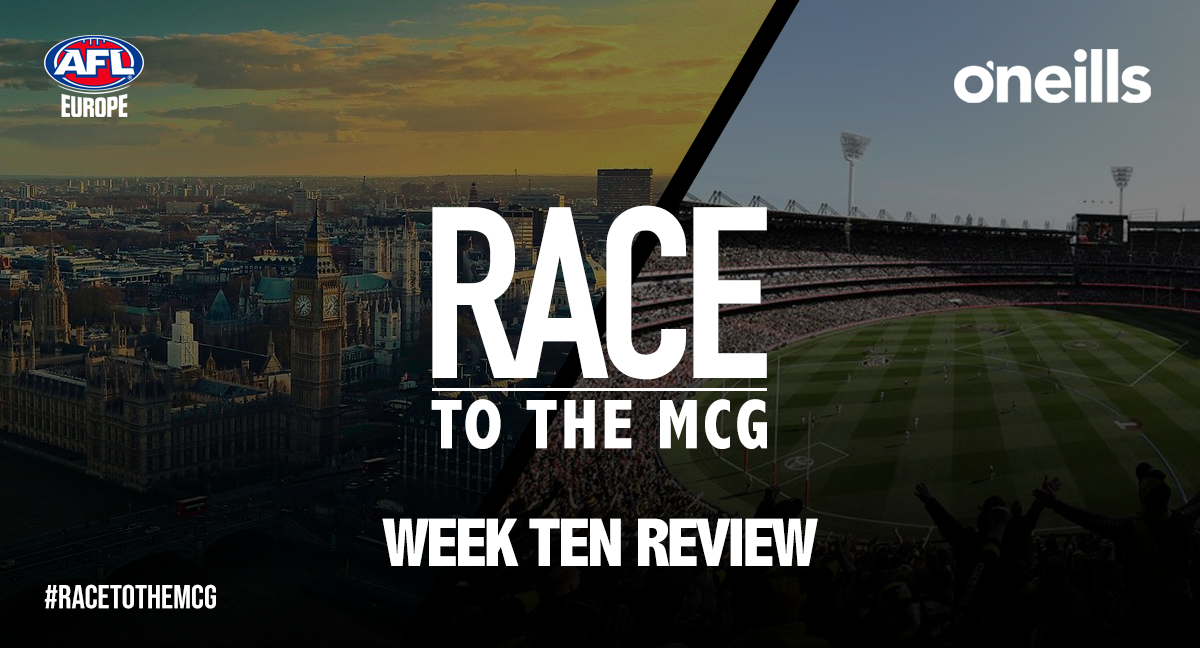 WEEK ten is complete and has seen the leading women’s team in Germany move 1,760km closer to the finish line.

It was Germany’s largest weekly total since week four of competition and now has them just 483km away from the Melbourne Cricket Ground.

Wales’ overall distance surpassed 10,000km as they had the better of Scotland for the second week in a row.

The gap between the second and third placed teams has now narrowed down to just 360km.

With team placings locked in as soon as we see Germany reach the 16,900km finish line, the race for second place is going to go right down to the wire. 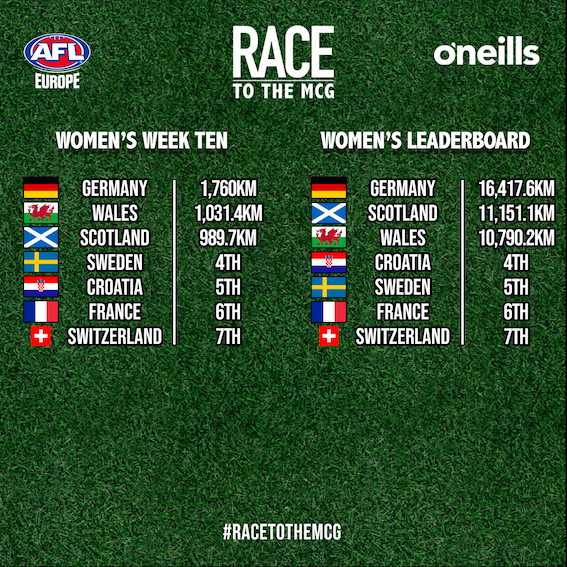 Germany, Scotland, Sweden, Switzerland and Wales all reached their week one benchmark’s, staying in the draw to win free entry into the 2021 Euro Cup.

It could be just a matter of days before the end of the women’s competition, so make sure to keep an eye out on AFL Europe’s socials for when we announce the winner!

Continue to share with us your journey to the Melbourne Cricket Ground by tagging @AFLEurope and using the hashtag #RACETOTHEMCG.