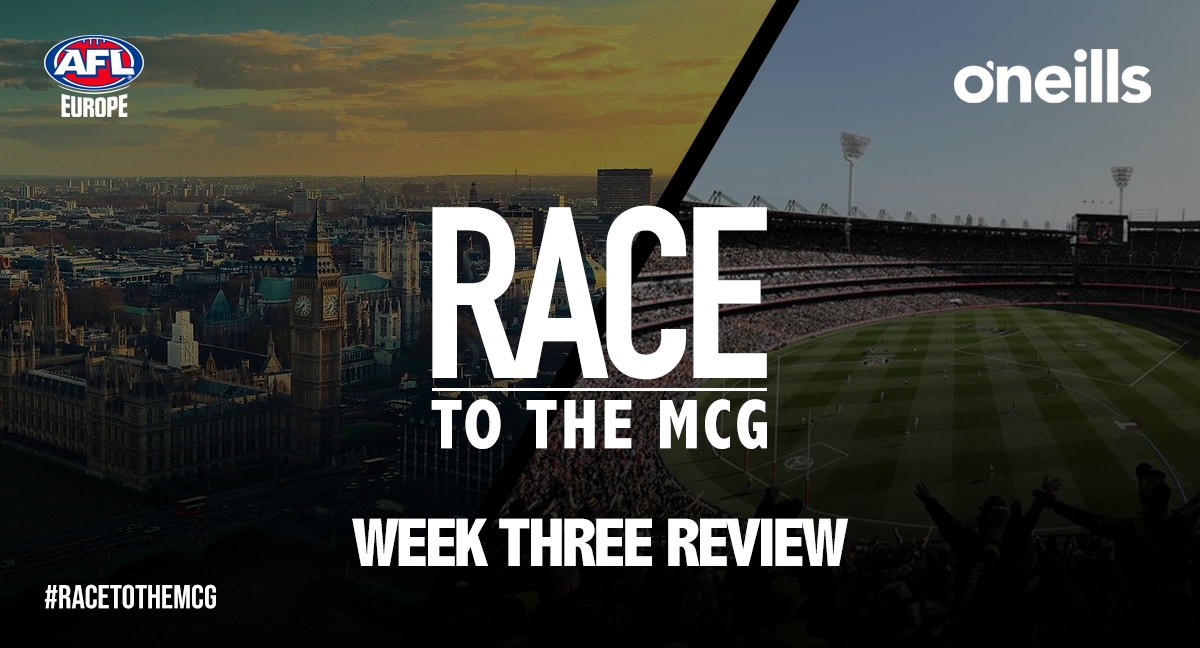 WEEK three of Race to the MCG may well have been the toughest week of competition to date.

If they aren’t already, runner’s legs will be beginning to tire as we creep up on a third of the way through the distance to the MCG.

However, it hasn’t stopped our teams just yet, as once again they’ve managed to outdo themselves with a new competition week-high of 16,466km!

In the men’s, just six teams remain in the draw to win free entry into the 2021 Euro Cup, whereas all seven team’s in the women’s comp have once again surpassed their week one benchmark.

The women’s competition put on their best week yet, totalling 6,882km as four teams reached 1,000km.

France, Sweden and Switzerland have upped the pace as their top runners neared the 100km mark, and five teams managed to improve on their totals from week two.

Week three for Welsh runner Sophie. W was superb, becoming the first runner in the women’s to run 200km in a week (201.4km).

Not far behind were Jana. E from Germany on 160.2km and Vikki. B from Scotland with 149.9km. See the leaderboards below. 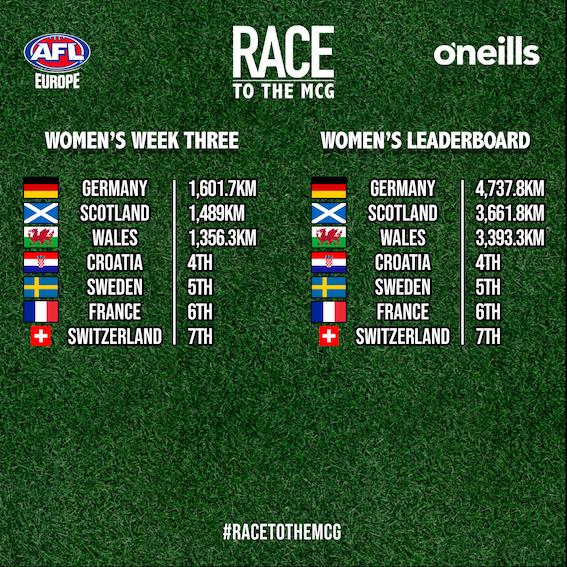 Croatia have put on some consistent efforts over the past two weeks, keeping up with the top three in teams Germany, Scotland and Wales.

Head Coach Dinko Irsag has been pleased with Croatia’s performance and spoke to us about what is driving the girls to win.

“The Croatian women’s team is made up of mostly players, with an additional four from our community (to get the maximum available numbers),” Irsag said.

“We have an internal competition where the overall winner for the most kilometres covered will receive a gift package from our Association.

The team had set a challenge of completing the 16,900km distance in under 16 weeks but since have had to overcome a number of hurdles, including final exams. Irsag however remains confident that his team can achieve it.

“This is a marathon and it’s important to keep consistency, but it helps increasing the kilometres on a weekly level.

“If we continue like this, I think we can make our initial plan of under 16 weeks. Fingers crossed.”

Week three of the men’s competition has sparked a new leader!

Wales’ performance in the past week has seen them ever so slightly edge their way ahead of UK rivals, Scotland.

But it was David. K from Scotland who withstood all, running an outstanding 235.5km.

Austria and Poland showed improvements from their week two totals and join Germany, Scotland, Switzerland and Wales as the six teams to surpass their week one benchmark. 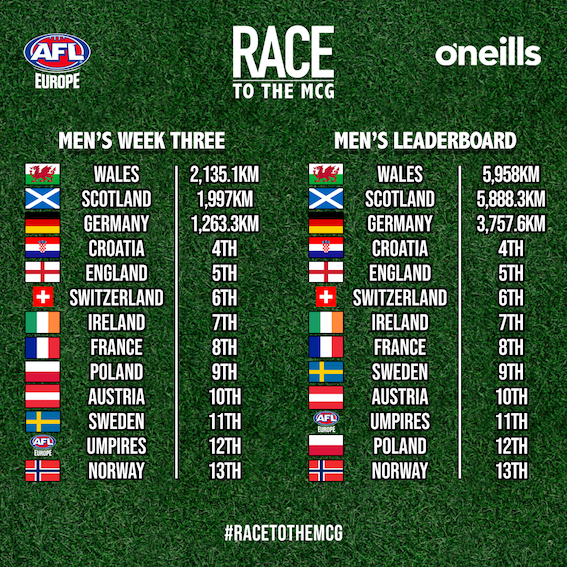 Week three brought out the most in some of our runners as individual distance records were broken in both the men’s and women’s competitions.

We’ve also seen particular teams begin to evenly distribute their team’s overall output of kilometres ran, with a more consistent spread across the board.

Which strategy will sustain over the long run and take your country to the MCG the fastest?

Share your journey with us on socials by tagging @AFLEurope in your posts and hashtagging #RACETOTHEMCG.