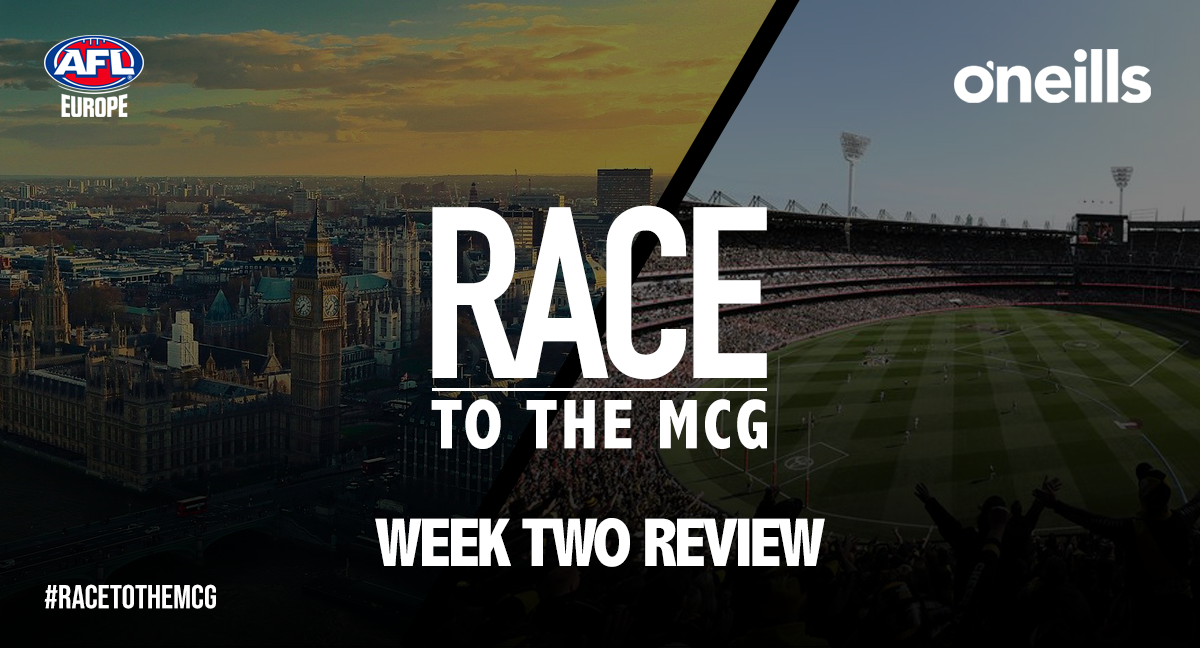 AS we close week two of Race to the MCG, teams have picked up the pace as they edge their way closer to glory; a brand new playing kit supplied by O’Neills.

That’s almost the distance from London to the Melbourne Cricket Ground in one week!

Four teams from either side of the competition surpassed the 1000km mark, with 26 participants (17 men, 9 women) running over 100km.

The women’s competition saw all seven teams exceed their week one benchmark, as Paula. K from Croatia led the way with 122.8km, significantly adding to her country’s big improvement (over 340km’s) from week one. 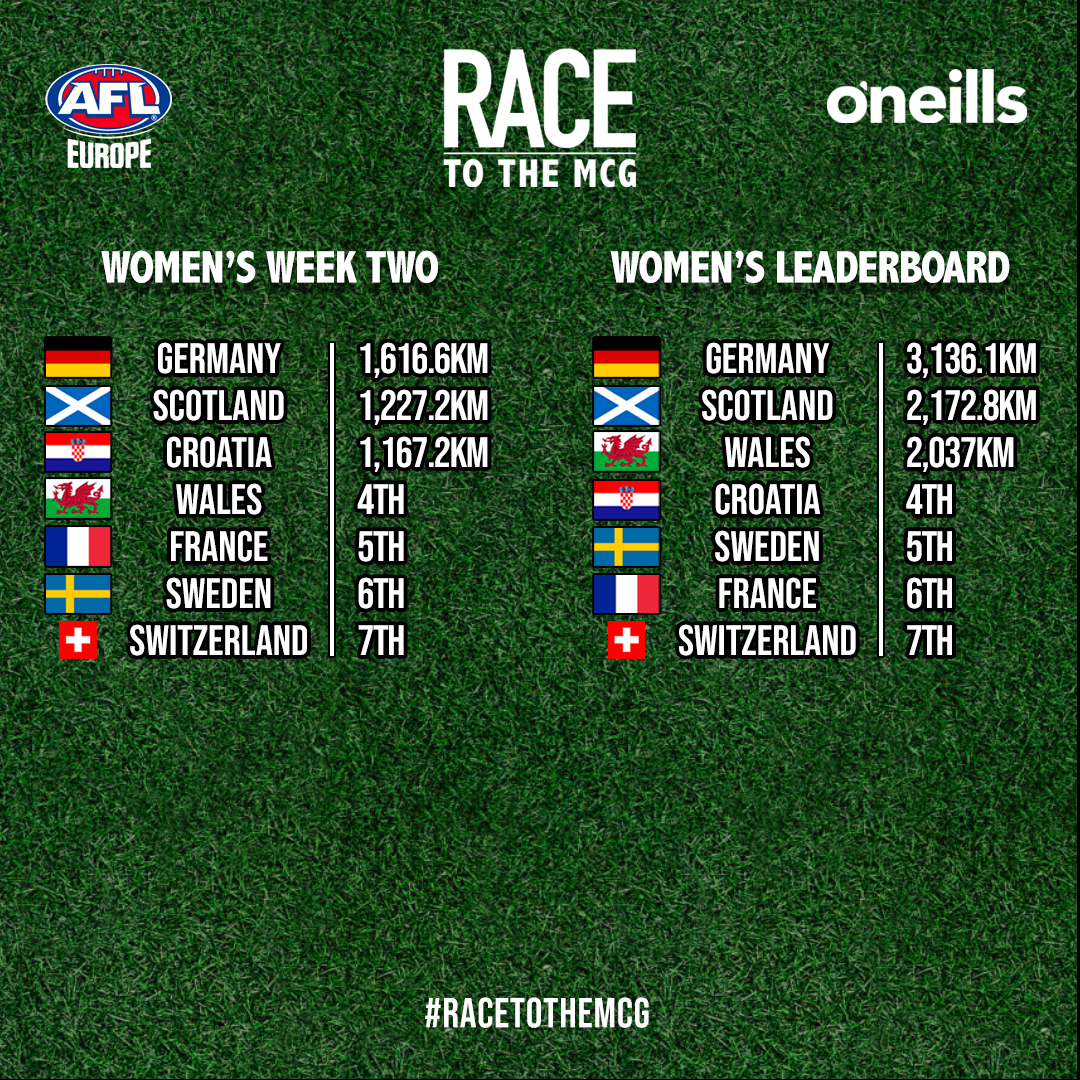 Head Coach of the Germany women’s national team, Tim McLachlan, is overjoyed with how the team has trekked so far, who have been driven by some off-field motivations.

“The effect of missing the Euro Cup and the loss of teammate Janine Benecke… it has been really tough,” McLachlan said.

“The Eagles team are battlers, who once they start, forge forward and work really well as a team.

“Their support for one another and the level of encouragement has been amazing.”

Even as head coach, McLachlan was forced to leave Germany’s Strava group as he was taking up a spot of a potential runner.

“Personally, when I heard the length of the race, it seemed like a monumental challenge. I had to actually leave the running team as the 31st person due to the level of interest from the group.

“I had planned some motivational ideas to get the girls going and to raise spirits and support.

“I believe the team is committed to pushing through the entire race. It isn’t going to be easy, but this group of players are ready to show the world how far AFL has come in Germany and they shouldn’t be underestimated.”

In the men’s, it’s Scotland who have managed to remain on top, outlasting a surging Wales side.

Tom. W from Scotland put on an enormous display, reaching a competition-high 215km in week two.

Whilst Wales had eight runners who managed to excel 100km last week, it just wasn’t enough to chase down the top side.

Eight out of the thirteen teams managed to reach their week one benchmark’s, which has seen both Switzerland and Poland move up on the overall ladder. 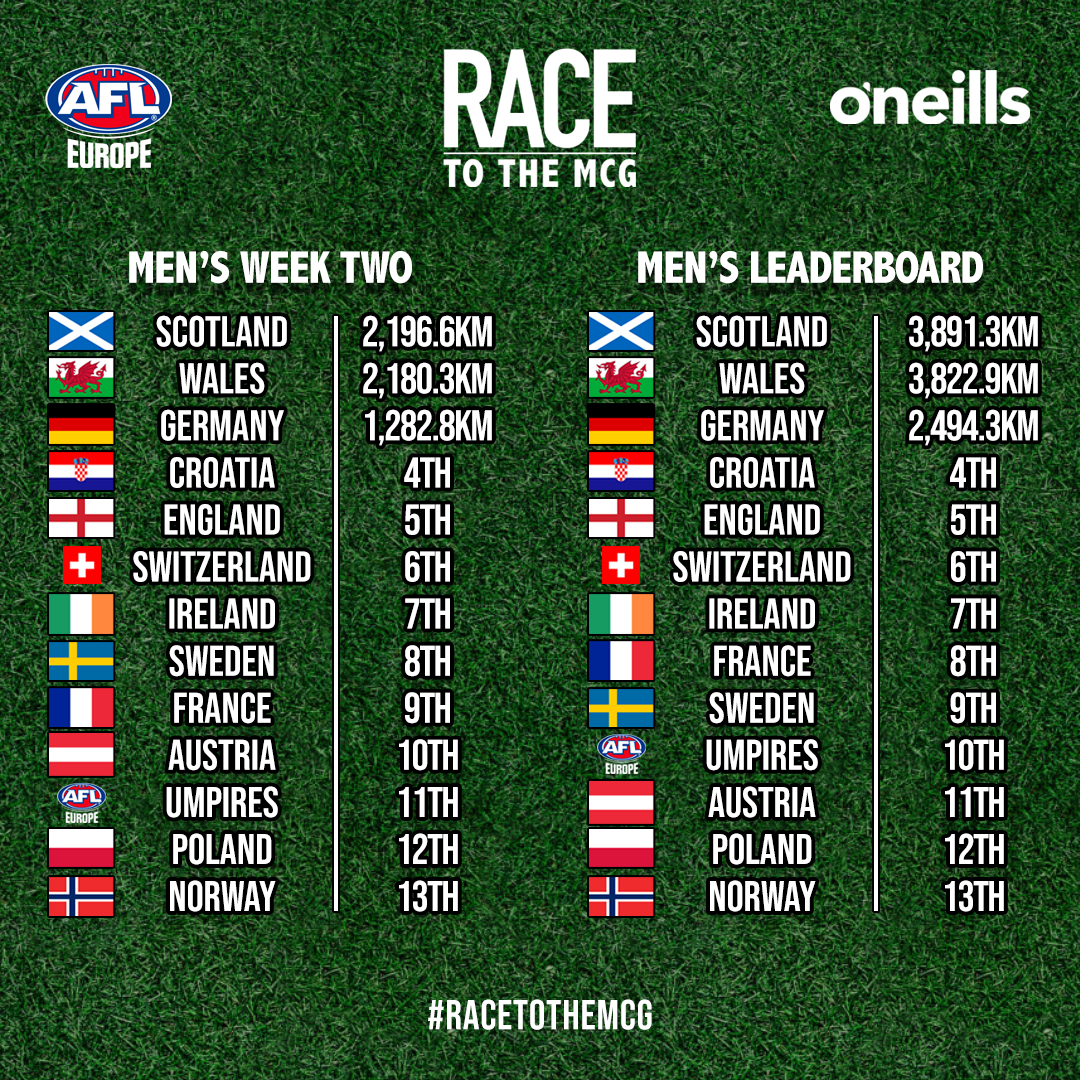 Whilst it is a long race, participants are certainly giving it their all early on to put their team in the best position possible.

Remember to share your journey with us on socials by tagging @AFLEurope in your posts and using the above hashtag.