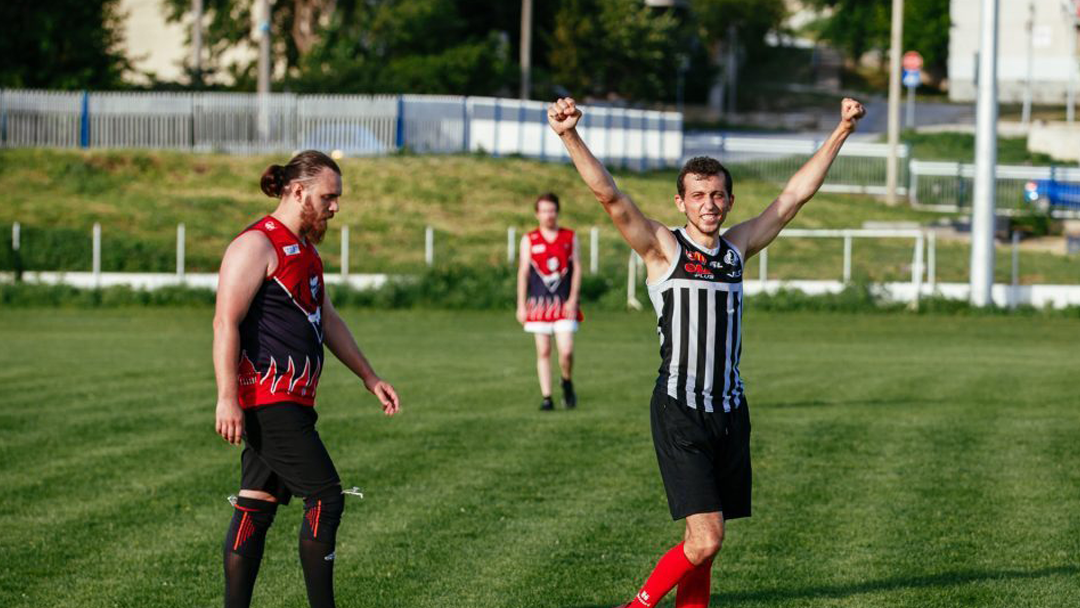 Sofia Magpies achieved a difficult and unexpected victory visiting the Varna Demons in Aksakovo for round one of the inaugural AFL Bulgaria season. Read the round one match report thanks to Atanas Kirachin from AFL Bulgaria.

Played on Saturday, 26th of June the Magpies defeated the hosts to claim the first official points in the Bulgarian league.

Both teams battled throughout the hot weather and suffered from short numbers on the bench, especially the Magpies, who went into the game with just one person on the interchange. Nevertheless, the visitors got off to a flying start, as the entirely French midfield were able to create many chances for the Magpies to score, and took a nice lead into quarter time.

The Demons started to gain momentum in the second quarter, but inaccuracy in front of goal proved costly for the red & blue. The home side attempted to hit the lead but were hampered by an injury to one of their players, who remained on the bench until halftime. After the break, the Magpies were once again quick to pounce and made life for the Demons difficult. The Demons, who worked their way back into the quarter, would soon trail the Magpies by three goals at three quarter time.

Heading into the final term, Varna would need to give it their best to become the first winning side in the Bulgarian league. The Demons managed to win the quarter, but it just wasn’t enough, as the visitors went on to claim the victory by two goals 6. 16. (52) to 8. 16. (64). Congratulations to the Magpies who would return to Sofia with both points and took the first step towards the AFL Bulgaria title. The two teams will meet three more times throughout the season to determine the league premiers. If the season finishes with two wins each, a fifth and final game will be played to determine the overall winner at a neutral venue.

The next match will be played in the capital, Sofia, and is scheduled for July 10th. It is possible that the match will be rescheduled at the request of the teams.

Head to the AFL Bulgaria’s website to read the full report from round one and for all information regarding Australian footy in the country.