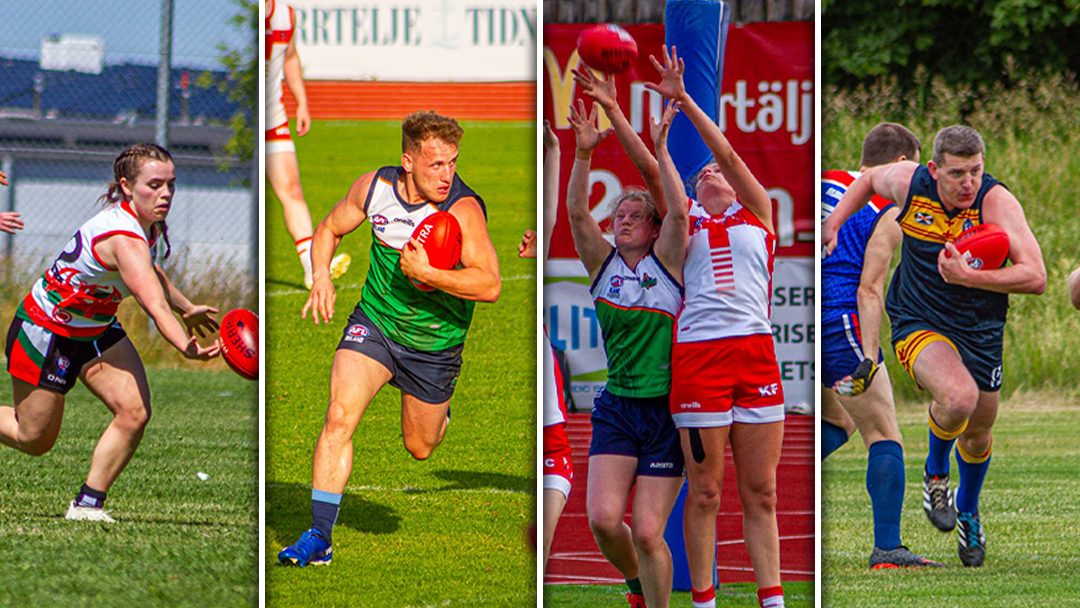 Fixtures and team lists have been confirmed for AFL Ireland’s Clover Cup in Northern Ireland on Saturday, October 16th.

Starting at 10:30 AM local time, England Vixens and Welsh Wyverns are scheduled in at game number one to kick off the tournament being held at Sarsfields GAA club, West Belfast.

Soon after, the men’s competition will begin as the Scottish Clansmen line up against newly formed home side, Ulster Wolfhounds.

Both tournaments will be played in a round robin format with each team playing their respective opponents once before determining which two sides will progress into the grand final. Joining the Vixens and Wyverns in the women’s competition are the Irish Banshees, Scottish Sirens and newly formed home team, Ulster Machas.

Teams in the women’s competition will be heading to Belfast with squads of up to 18 players. The women’s tournament will be played in 12-minute halves and feature a number of players on debut.

The Machas side is yet to be confirmed. Joining the Clansmen and Wolfhounds in the men’s competition are the Irish Warriors and Welsh Red Dragons.

Four teams make up the men’s tournament that will be played over three rounds and in 14-minute halves, before determining the top two place-getters to qualify for the grand final.

Both tournaments will also feature a final match between third and fourth, to determine the third best team of each competition. Best of luck to all teams, umpires and officials this weekend who will be participating in their first international tournament for almost two years.

Congratulations to the many players who will be representing their national team for the first time.

More information on the tournament can be read here.