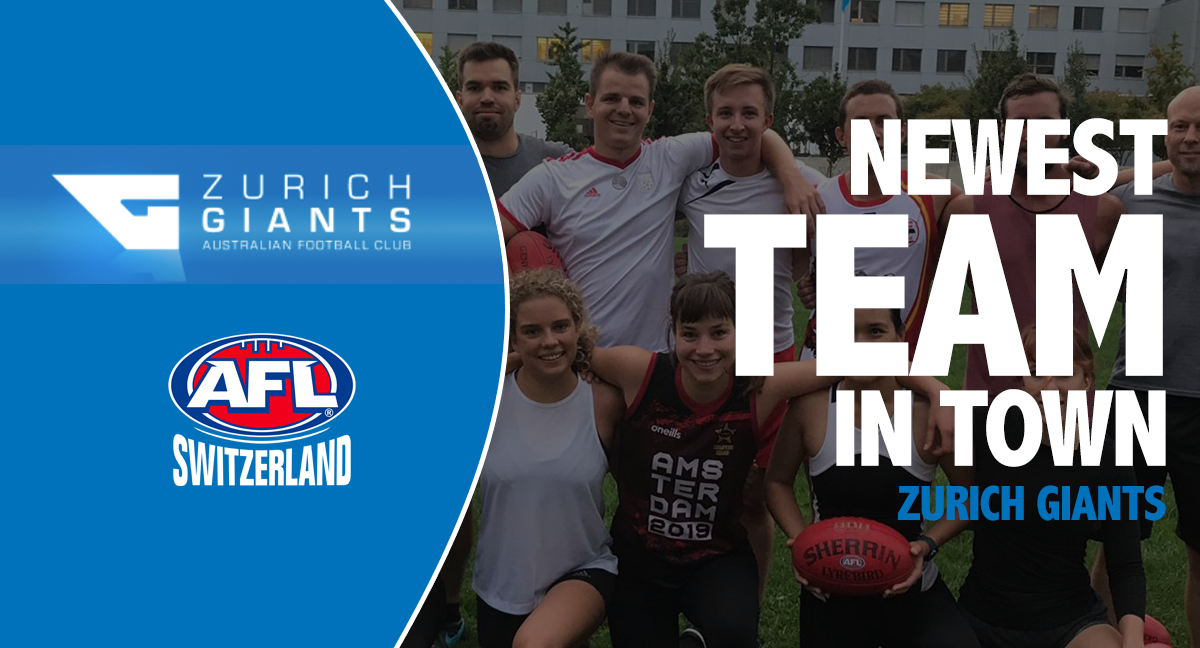 Reporter for AFL Europe, James Brosnan, checked in with AFL Switzerland secretary and player-president of the Zurich Giants, Ulrike Senti, discussing the team’s journey since coming together in September 2019.

AS the latest addition to AFL Switzerland, the Zurich Giants AFC are continuing to wait for their first official match of Australian footy.

The Giants are the new arrivals for just the second season of AFL Switzerland, joining the Geneva Jets, Basel Dragons and the Winterthur Lions.

The Giants have been given the green light to recommence training this week, holding their first session on Wednesday. 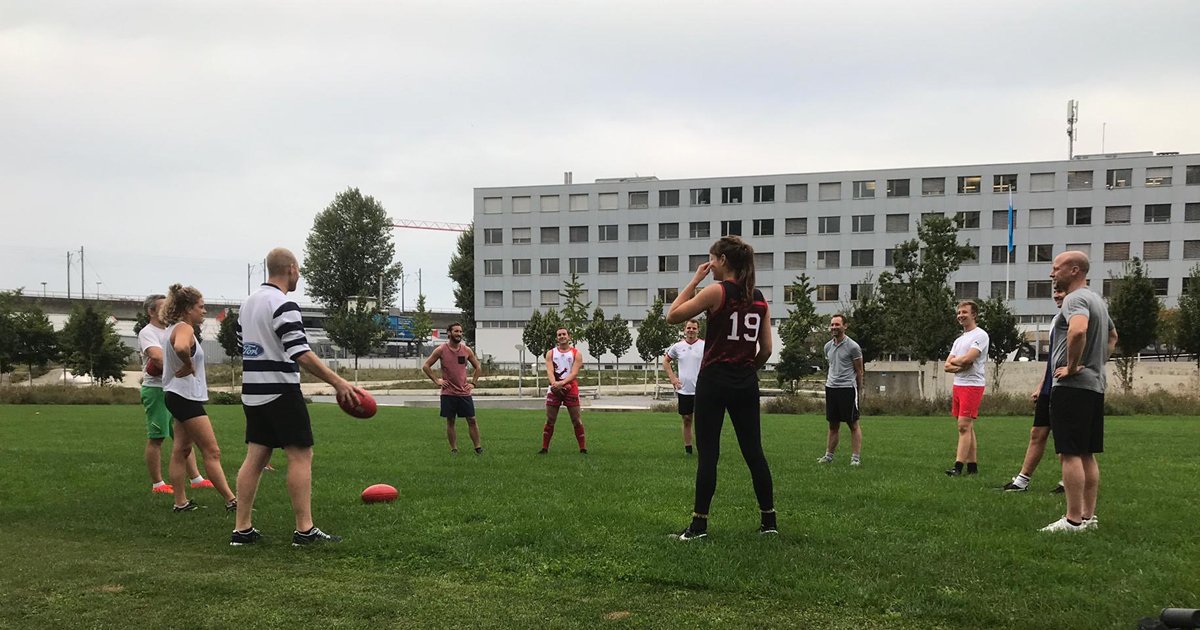 The pause on the season due to COVID-19 has not dampened the enthusiasm of the Giants players according to President Ulrike Senti.

“We are trying to keep that spirit going although coronavirus is present at the moment, but we are a happy and lucky club,” Ulrike said.

The Giants formed in September 2019, immediately following the inaugural AFL season in Switzerland.

“It was just a really lucky coincidence that we had good people around and our core committee put in so much work to get this club going.

“Of course we had other clubs already in Switzerland so it was easier to build up a club.

Unlike most competitions across AFL Europe, the Swiss competition is a mixed competition, with men and women playing on the same team.

As they prepare for their debut season, the Giants have built an impressive list of over 30 players.

“We tried to do lots of recruitment work, we went to the University, we handed out flyers, we even walked through the city talking about footy.

“Just spreading the word and trying to be supportive with letting people join, even if they have no experience at all, we are very welcoming. That is what newcomers want; they want to join a club where they are welcome. 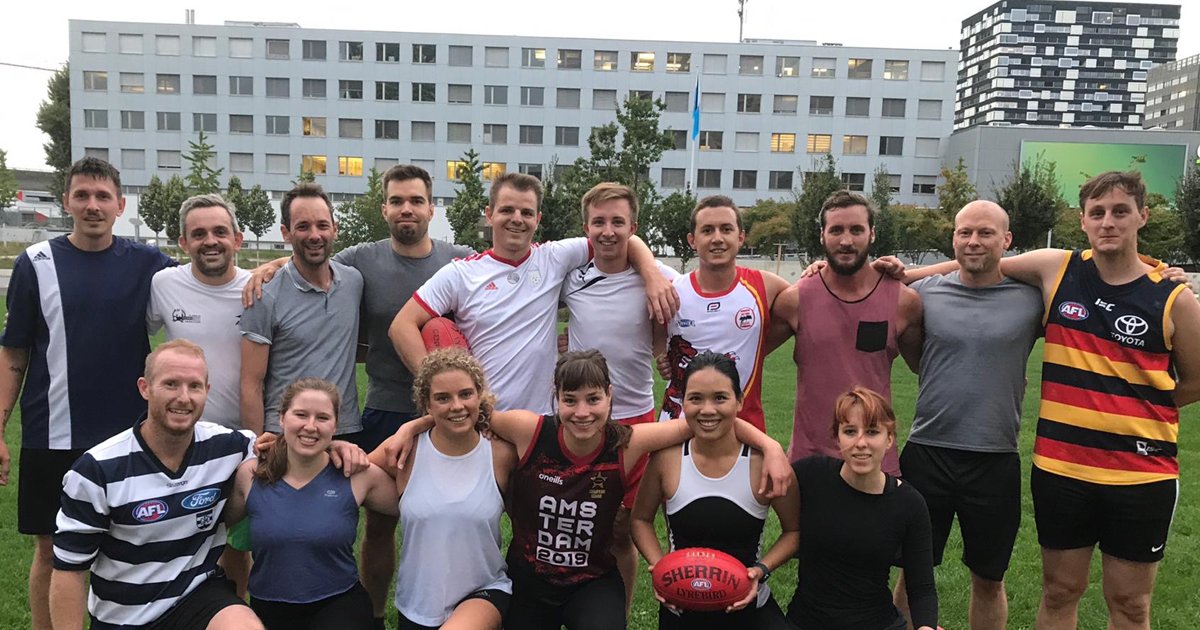 “We have a good mixture, we have a couple of experienced players, but also some not experienced but they bring other skills with them. We have a couple of girls and more men at the moment from Switzerland, Australia, Spain and all over the place which is really cool and it gives an extra culture touch to our club.”

AFL Switzerland were ready for the 2020 season prior to the lockdown, with five round-robin style days scheduled with each team hosting a day and a grand final in September.

As well as overseeing the Giants, Ulrike is also secretary of AFL Switzerland. 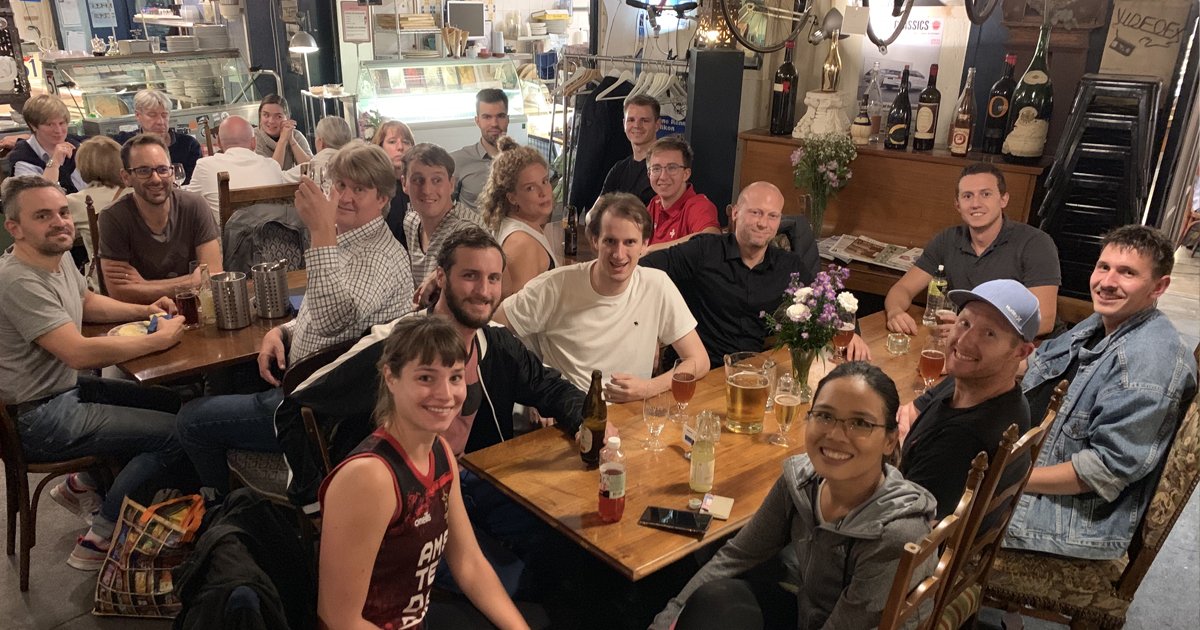 “We have already had to cancel two rounds unfortunately, so what we are trying now is to get some more rounds in for June-July if possible but as everyone knows you have to be quite spontaneous about that,” she said.

“We would have been ready for our second season, we had a couple of changes within the committee of AFL Switzerland itself, some additional volunteers who will help us to grow the sport within Switzerland. The main thing is that we are ready, we just have to wait until this crisis is over.”

The Swiss clubs took great pride out of representing their country in the Euro Cup last year and were looking forward to the 2020 competition in Scotland before it was postponed.

“Last year we had the women’s and the men’s national teams going and this year we would have two teams again. We were all looking forward to it. 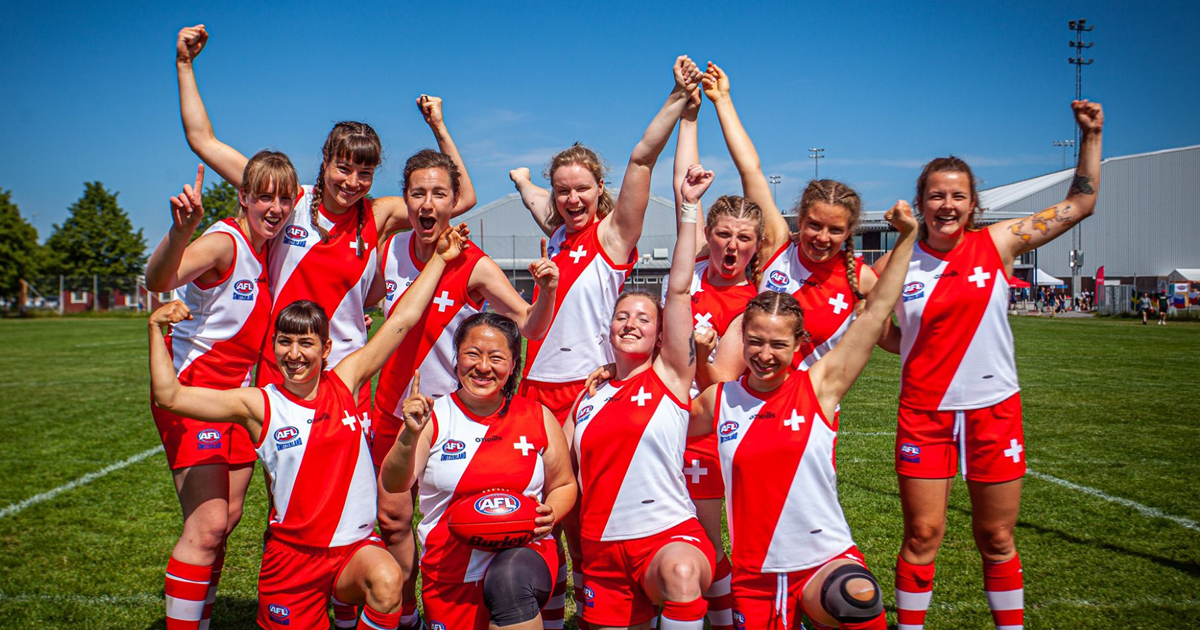 “Now we are looking to take the chance to build it up even more and get stronger out of it, so we are more ready for the tournament.

“It’s an important part of AFL Switzerland; we really want to have those national teams going to represent Switzerland as a country within AFL Europe.”

To learn more about the Zurich Giants you can head to their brand new website.

To find your Newest Team in Town, check out our Find Your Club page.